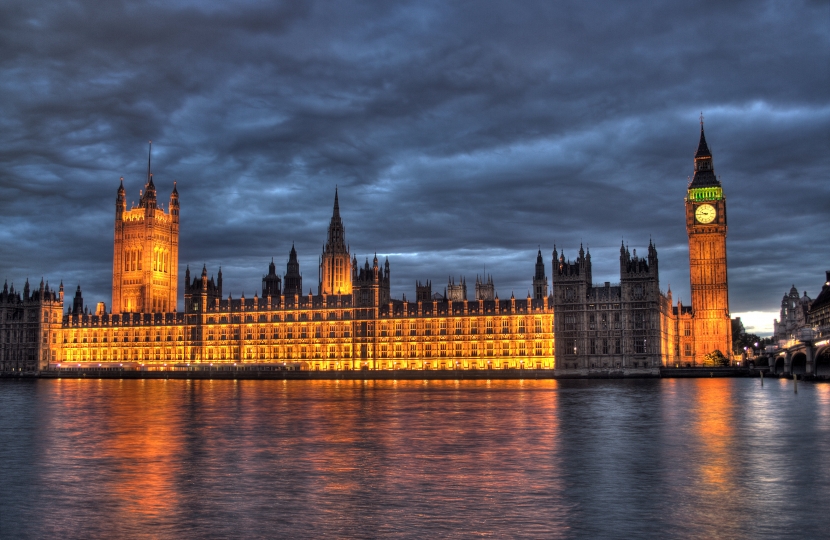 The way the events of the last few days have played out has definitely been one of the most unsavoury and abstract experiences since I was elected. I can totally see why people are confused and upset, because I am too. Some of the worst parts of political discourse have been on show – tribalism, social media outrage, the blurred line between journalism and activism, the ‘them and us’ divisiveness and political opportunism. Awful stuff. No one comes out of this well.

Everyone, on all sides, who goes into public life does so to try and make life better for people. This stuff feels like an anchor, dragging you down from what you’re supposed to be doing.

I get that people are angry. The lockdown has been tough – there’s no getting away from that. We’ve all made sacrifices. The perception that someone in a privileged position has bent or broken the rules is a short fuse on a powerful bomb. We hate hypocrisy in Britain – so much so that even the whiff of it is a dangerous spark in this explosive atmosphere.

I’ve been worried about the long-term mental health impact of the lockdown. We are sociable animals, us humans, and we are built to be outdoors. I’ve been especially concerned about people without gardens. Like many, I suppose, feeling an odd sense of guilt and privilege as I played with my children in our garden. So the way this story broke, and the way it played out, was emotionally challenging to those of us who’ve not visited our parents and followed the letter of guidance. The facts and explanation, of course, followed much later. And even now are eclipsed by the ripples of outrage and anger.

It’s been tricky keeping up with the twists and turns of this story as it developed. We’ve got to the stage where people are quite used to seeing packs of camera crews and journalists outside the home of various public figures. The footage of the gaggle of camera operators swarming around Mr Cummings as he left his house on Saturday should make us all pause for thought. They were so desperate for the latest take on the man accused of breaking the social distancing rules, they weren’t doing it themselves. Horde impunity. A weird inversion of the ‘one rule for them’ accusation that runs through this whole saga.

The press conference to settle things in the garden of Number Ten yesterday, also had a strange abstract feel to it. With the social distancing rules at play and the journalists walking up to a microphone to cross examine, it felt like a cross between a show trial and a school fete. Very odd, especially given the strength of feeling surrounding this issue.

Weird setting and circumstances aside, Mr Cummings did give his side of the story and it’s an account that I can accept. I can remember the utter helpless confusion I experienced when I first went down with Covid. Add in the fear that there’d be no one able to look after his young child and the hounding of his family home in London and we can all see what a frightening experience this must have been for him and his family. I remember watching that footage of him running out of Downing Street. We now know he was running home to his ill wife and child. Cameras recording the whole thing.

So, what have we learned from this awkward, regrettable affair – and what do I think? Many people have asked the latter. Well, firstly, it would clearly have been better for Mr Cummings’ side of the story to have been told a few days earlier. Preferably immediately. The media circus created by the information vacuum has been a distraction. The government is communicating important public health advice at a crucial time – as, hopefully, we are winning our battle with the virus and now protecting livelihoods as well as lives. A less adversarial relationship between the press and politicians would help.

Secondly, calmer heads are required. Having no real opinion of Mr Cummings before all of this, I was angry and upset when the story broke. I felt let down. I can imagine how furious many others would have been, given his role in Downing Street and the caricature that’s been built up of him. Indeed, many have written and got in touch via social media to tell me. I am glad I didn’t rush to judgement. The facts, context and explanation about his personal circumstances are very important. I recognise that many people will still be angry – it’s an emotive and personal issue to us all. And we all have our own context and our own personal circumstances. I hope I manage not to rush to judgement where the political and tribal battle lines are different in the future. It was tough not to comment over the weekend, I certainly had opinions. And people calling me a coward for not taking a public position did actually hurt. I’m glad I waited for the other side of the story and wish it had been in the public domain earlier. There’s an old truism that doing nothing is the hardest thing to do in politics. Yep.

So do I think that Mr Cummings should resign? On balance, probably no. Although I can totally see what a tough decision that is. This whole palaver has been over whether he bent the social distancing rules and because his position is in the public narrative, if not until yesterday in the public eye, then it takes on a whole new level of importance. A tricky call. Again, I’m glad I didn’t rush to judgement. If this drags on much longer, though, or has yet more twists and turns, then this situation could change.

Has it hurt public trust? Probably. And that’s critical at the moment. Beating the Coronavirus is a marathon not a sprint. The transition to the next phase of the social distancing rules, easing our way out of the lockdown is so important. We need to make sure we prioritise public safety and sustainably rebuild our economy. Trust in the plan is vital to that and we all have a role to play in generating that trust and communicating the plan.

Where do we go from here? Well, we must get back to dealing with the virus. It’s the number one issue, of course. The whole of the machinery of government is focussed on beating covid. There are lessons to learn, especially about communications, but let’s get back to beating this killer disease together.

I have a lot of emails to reply to. The priority, as always, will be constituents in need, but if you’ve e-mailed in, I will reply.

I’d just like to finish by saying thank you to everyone who’s got in touch. It is really important. While the words above may not satisfy everyone who has made a representation about this, I’m keen that you should all know what I think and what I feel. The correspondence I have received over the last few days has helped me know that I’m not alone in my initial anger and frustration when the news broke.

Be safe and be excellent to one another.