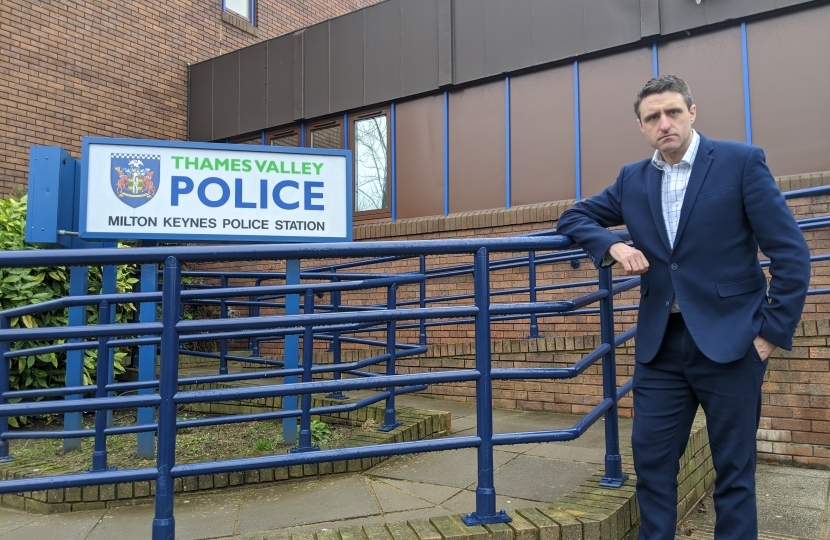 Thames Valley Police is set to benefit from £735,000 Government funding to tackle serious violent crime in the area, including knife crime.

The money is part of a nationwide package of more than £130 million which will also go towards tackling domestic abuse, expanding investigations into gang related material on social media and providing job opportunities for young people at serious risk of violent crime.

It comes ahead of the introduction of a major criminal justice Bill, which will give police new stop and search powers to tackle known knife and weapons carriers, place a duty on public sector bodies – including police, education and health agencies– to take a joined-up approach to addressing serious violence.

More than £105 million has already been invested in Violence Reduction Units including an extra £1.16 million announced for Thames Valley Police last month.

Ben Everitt, the MP for Milton Keynes North, said: “This is fantastic news that the Government is investing in violent crime.

“We’ve seen far too many lives lost to knife crime in Milton Keynes and I hope this funding can be used to give the police the resources they need to keep our streets and communities safe.”

Iain Stewart, the MP for Milton Keynes South, commented: “I am delighted that Thames Valley Police will receive an extra £735k to tackle the violent crime that has been robbing too many young people of their futures in Milton Keynes.

“This funding will ensure our police have the tools and resources needed to tackle violent crime and address its underlying causes in our community."