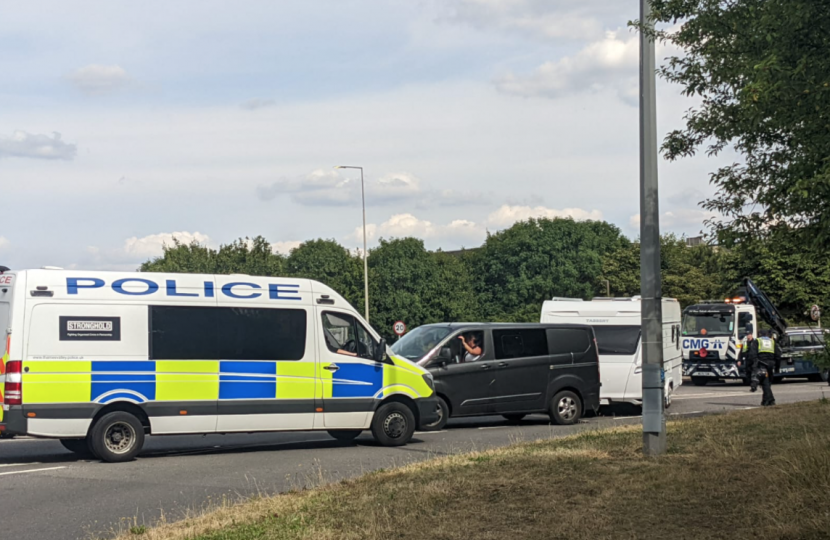 As soon as the local MP was made aware of the encampment he urgently raised the issue with Policing Minister Tom Pursglove, Police and Crime Commissioner Matthew Barber and the Thames Valley Police Gold Commander, as well as speaking to the school leadership team.

By the afternoon the travellers were being moved on by a Gold Command team and Ben is keen to understand why it took so long to take action in the first place.

Ben Everitt MP said: "It's completely unacceptable that children have missed a day of education due to travellers occupying Oakgrove School.

"As soon as I was made aware I got straight on to the Police and Crime Commissioner, the Policing Minister and the school leadership team to get things moving.

"I'm pleased they took it so seriously, setting up a Gold Command team, and by mid afternoon specialist officers including a dog team were on site moving the travellers on.

"I am glad that by working together we are seeing fast progress to this issue.

"We need to understand why it took three days to get action, but right now the priority is getting the site cleaned up and the children back in school."