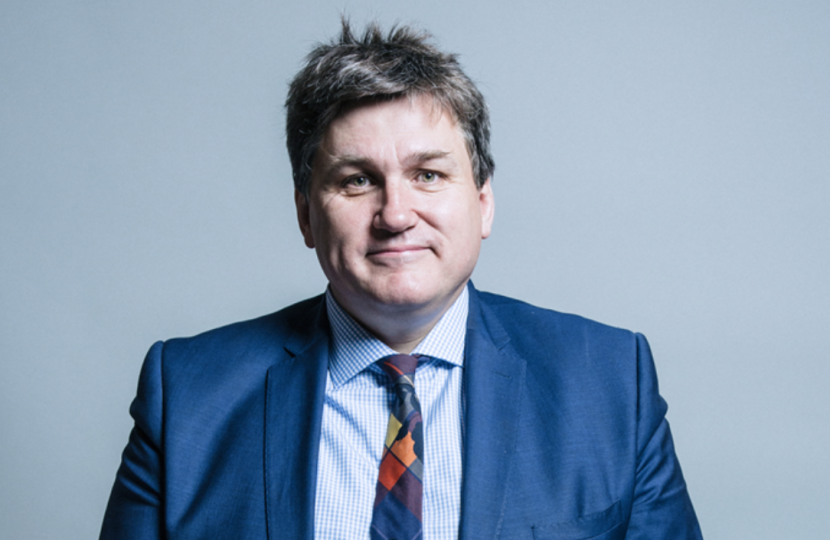 In response, Policing Minister Kit Malthouse said: "I want to take this opportunity to assure you that tackling knife crime is a priority for this Government.

"We are clear about the inherent seriousness of offences involving knives and are determined to do all we can to protect communities and see that knife crime offenders are brought to justice.

"The Government remains extremely concerned by knife crime, and the corresponding increase in the number of victims of violent crime.

"This is appalling and as long as people are dying and their families and communities suffering, we will do all we can to bring an end to this violence."

He also confirmed the Government has allocated Thames Valley Police funding for 365 new officers in years 1 and 2 of the policing uplift, as well as a budget increase of £26.8 million.

You can read his letter below: 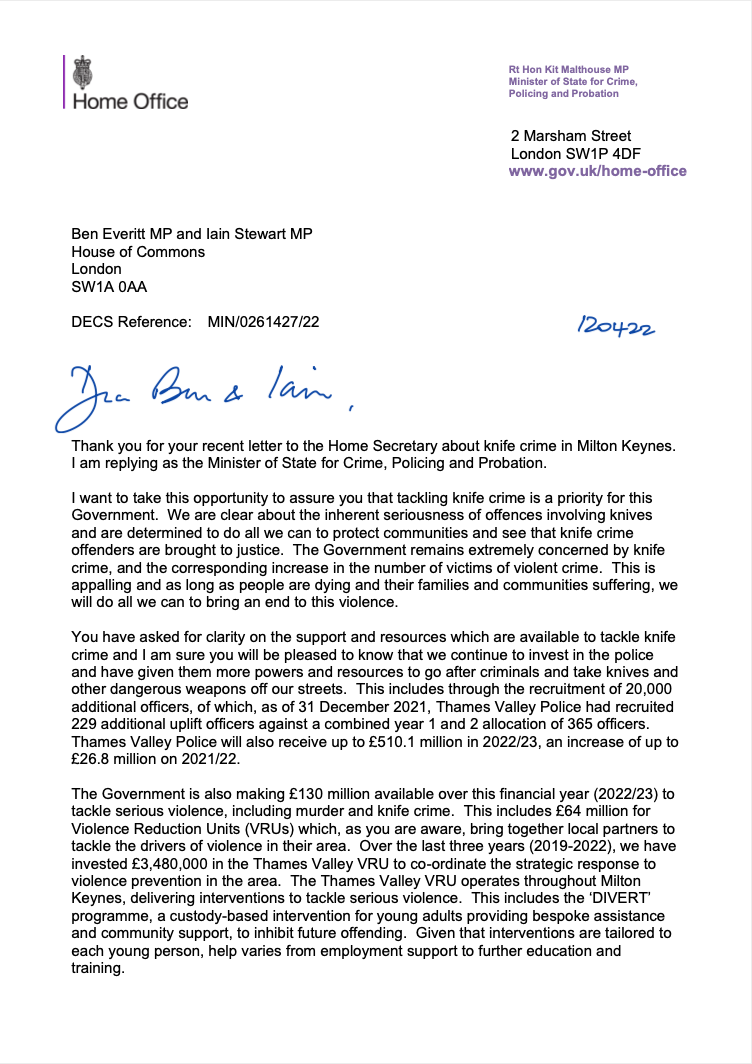 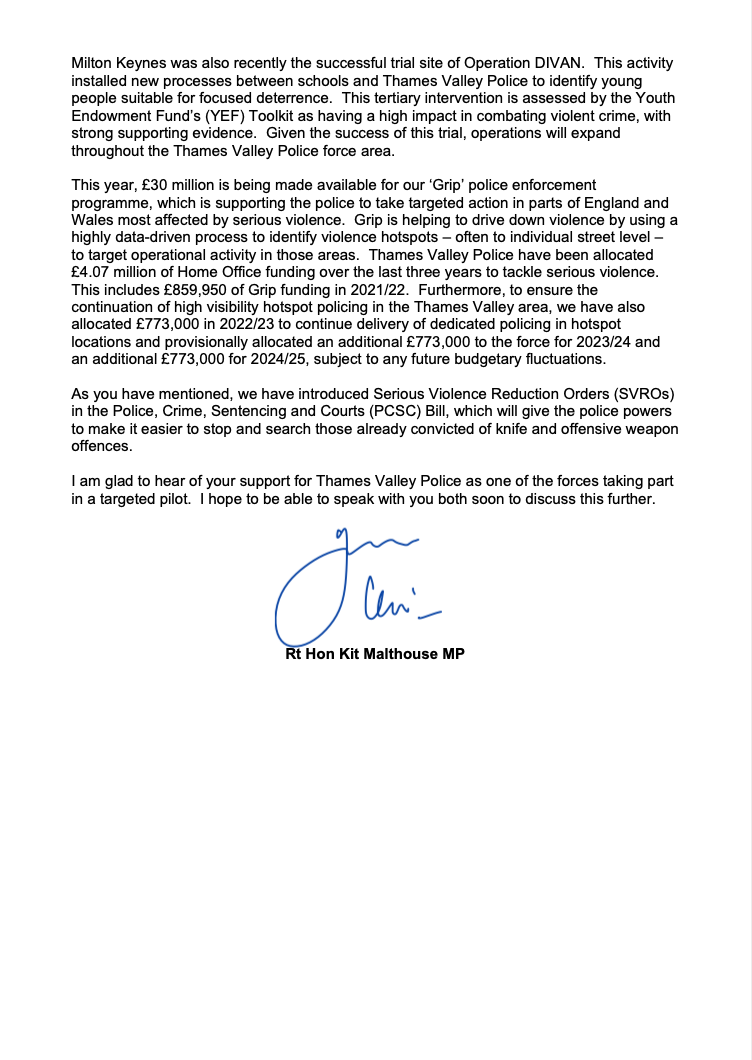