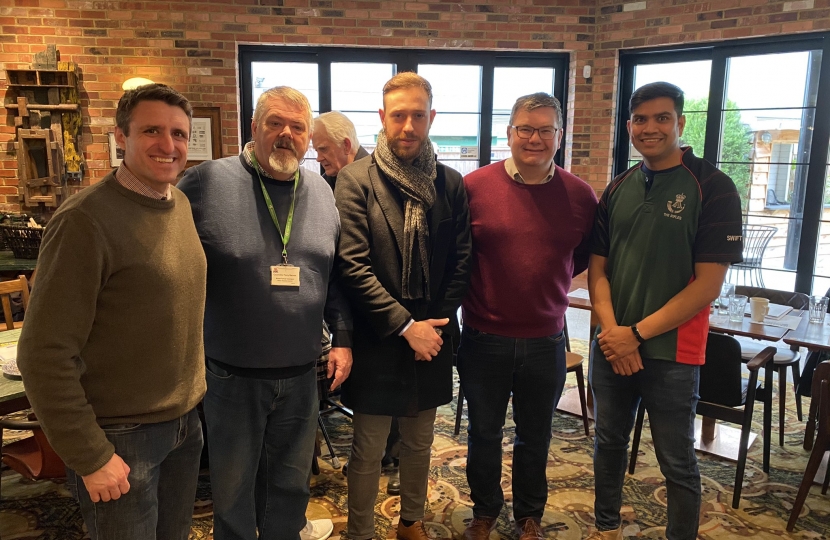 At the end of January, the Government announced a new railcard for military veterans, giving a third off their train fares.

The new railcard, available from Armistice Day this year, will help boost veterans’ job prospects and strengthen family bonds by saving veterans and their families hundreds of pounds a year.

The money-saving announcement, delivering on a manifesto commitment, forms part of the government’s veterans strategy to support former servicemen and women.

On Saturday, Iain Stewart MP and Ben Everitt MP met with veterans in Milton Keynes for some breakfast.

This gave the city’s Members of Parliament a chance to discuss what more could be done by the Government for veterans and to inform them of the new veterans’ railcard that will be available to them.

Ben Everitt MP said: "The veterans' railcard is part of our lifelong commitment to our servicemen and women and recognises that the respect we have for those who put their lives on the line to keep us safe.”

Iain Stewart MP commented: “This railcard will help open up opportunities to veterans, whether through employment and retraining, or by strengthening links with friends and family. I believe that enabling former service personnel to travel more easily is the least we can do.”

Transport Secretary, Grant Shapps, added: “Every part of society should honour the debt we owe those who’ve served our country. I’m proud that the Department for Transport, together with other government colleagues and the rail industry, is doing its bit.”

Unemployment In Milton Keynes Falls By 44% Since 2010

The number of people claiming unemployment benefits has fallen by 44% since the Conservatives came into power in 2010, new statistics reveal.