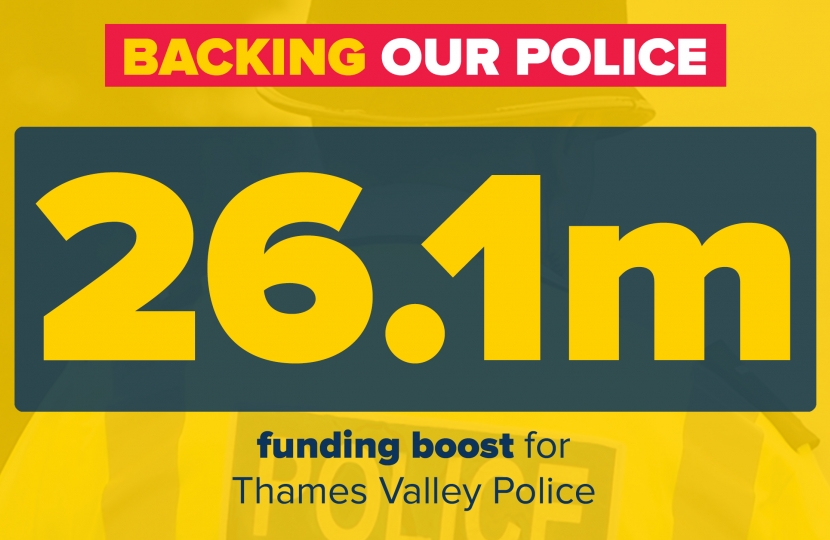 Ben Everitt, the MP for Milton Keynes North, has heaped praise on the work of Thames Valley Police after a £26.1 million funding boost was announced today (17/12).

The force have already recruited 260 more officers as part of the Government’s plan to get 20,000 new police officers on our streets and this has already surpassed Ben’s election promise of 183.

This new funding from the Government will also be used to bolster counter-terrorism policing, including money for armed policing to ensure our streets are safer.

Ben commented, “I am delighted with the multi-million increase in funding for Thames Valley Police. They have done a brilliant job under incredible difficult circumstances this year and I’m so thankful for all their hard work.

“With 260 officers already recruited and more on the way we are giving police the resources they need to be able to keep our communities and streets safe.”

Earlier this week, Ben praised the work of Thames Valley Police in the House of Commons after Operation View, an anti-burglary operation, saw 88 arrests.

He asked Home Secretary Priti Patel: “At this time of year there’s only one person we want sneaking into our houses and he wears a red suit so perhaps the Home Secretary will join us in congratulating Thames Valley Police for their recent Operation View…meaning Father Christmas has a longer naughty list but the homes of Milton Keynes and the rest of Thames Valley are safer this festive season?”

Priti Patel responded: “He will know the strength of support I have for Thames Valley Police in particular and the exceptional work that they have done and they do.

“I’d like to commend them for their work, particularly on burglary, and of course I want to wish everybody a happy Christmas and actually a safe and secure Christmas.”