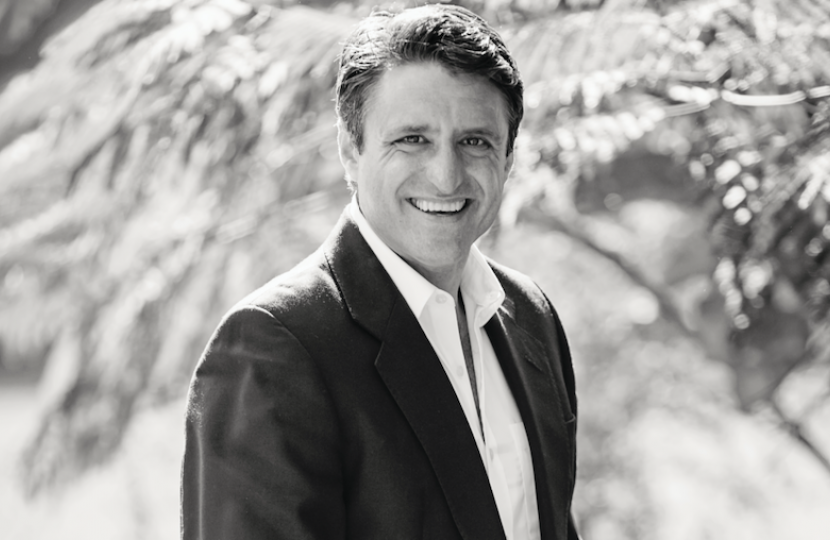 Ben Everitt, the MP for Milton Keynes North, is taking part in Oxfam’s #SecondHandSeptember campaign calling for people to buy second hand clothes for the month of September.

The aim is to raise awareness about the harmful effects fast fashion – clothes that are produced in high volume and at relatively low cost to the consumer – have on the planet.

Oxfam's campaign comes ahead of the UN climate summit COP26, which will be held in Glasgow in November, and is a vital opportunity for global leaders to take decisive action to tackle the climate emergency.

The charity is also calling for people to donate their second-hand clothes to Oxfam. Buying and donating second hand clothes with Oxfam gives them a longer life and helps to slow down fast fashion. More than 14,000 tonnes of clothing are diverted from landfill each year through being donated to Oxfam.

Ben Everitt MP said: “I’m pleased to be supporting Oxfam’s Second Hand September by taking part in their photoshoot with my second-hand jacket! This will help draw attention to how choosing second-hand fashion can be kinder for our planet. These small changes can make a huge difference.”

Consumers send 13 million items of clothing a week to landfill, and the textile industry accounts for up to 10 percent of the world’s greenhouse gas emissions – more than international aviation and shipping combined.

Danny Sriskandarajah, Chief Executive of Oxfam GB, said: “Choosing second-hand is one way we can leave a lighter footprint on the planet while sending a message to retailers that we want them to slow down fashion. By shopping at Oxfam, you’re also raising money to help some of the world’s poorest people cope with the impacts of climate change."

Approximately £29m is raised each year from selling clothing in Oxfam shops. The profit raised from this is enough to provide clean water for more than two million people during a drought.