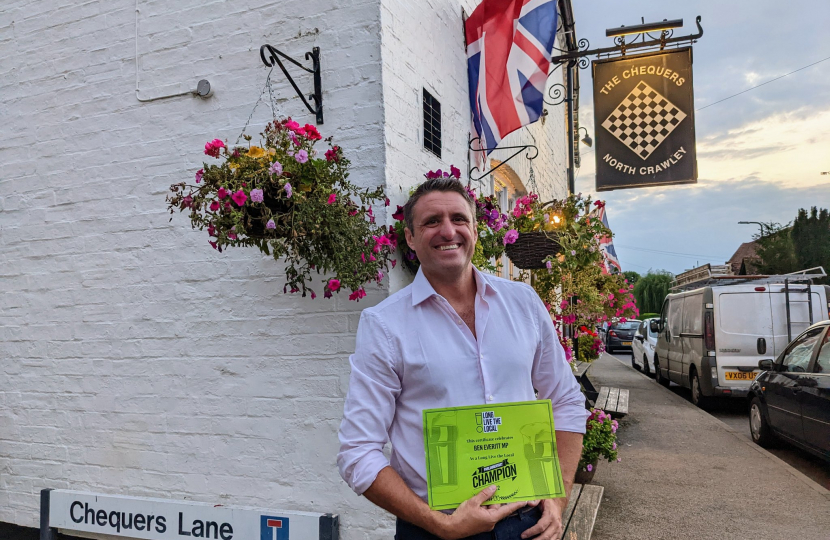 Ben Everitt, the MP for Milton Keynes North, has been named as a Parliamentary Champion for Long Live The Local by the British Beer and Pub Association.

Last year Ben backed the Long Live The Local campaign to slash beer duty and cut business rates for hospitality. The campaign was a success after the Chancellor announced taxes on beer and prosecco would be slashed in his Autumn 2021 Budget speech.

Ben has now been named a Parliamentary Champion and celebrated with a quick drink in The Chequers in North Crawley after meeting residents in the village.

He said: "Rising global energy costs and the impact of the pandemic and lockdowns have had a huge impact on our pubs so I'm proud to be a champion for them and help them bounce back."