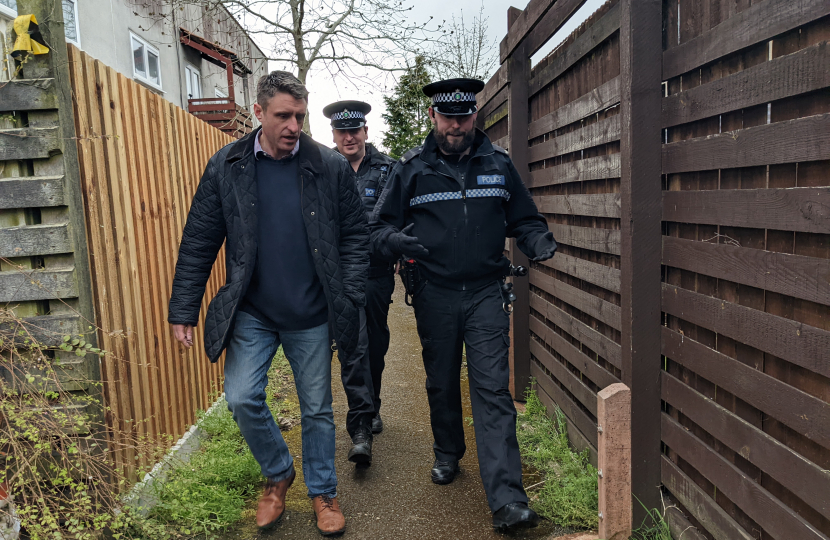 Ben Everitt, the MP for Milton Keynes North, joined two neighbourhood police officers in Heelands for a patrol after a recent knife crime incident in the area.

The local MP met with PC Buchanan-Kay and PC Hurd, who are part of the MK North Neighbourhood Police Team, to discuss the issue of knife crime in Milton Keynes.

This is the second time in recent months Ben has joined local officers for a neighbourhood walkabout after spending time with the police and the Thames Valley Police and Crime Commissioner in Oldbrook.