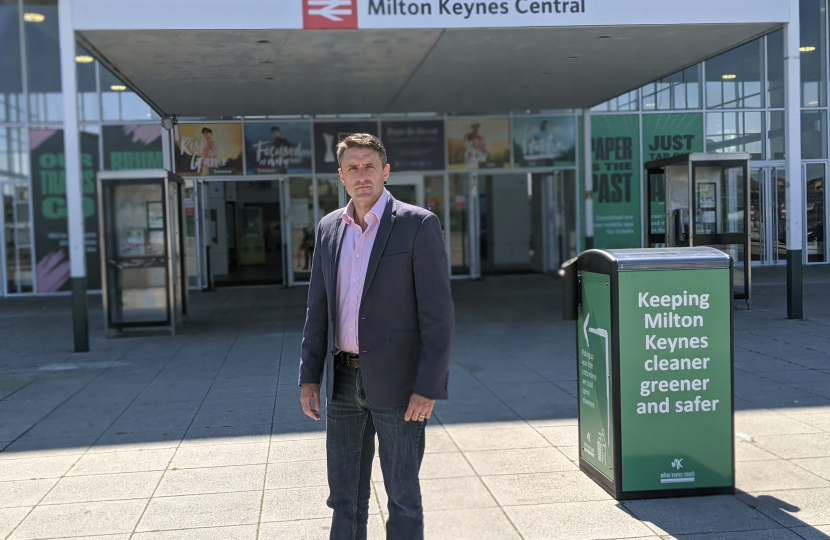 Ben Everitt, the MP for Milton Keynes North, has written to Avanti expressing his significant concerns over the service they are providing on the West Coast Main Line which services Milton Keynes.

The local MP is standing up for local constituents who have been suffering from an unreliable service and driver shortages, including one resident who now uses a coach for their commute as they could no longer rely on the trains.

Avanti took over the franchise from Virgin in 2019 and many of Ben's constituents have shared complaints with him about the deterioration of the service since then.

Ben Everitt MP said: "Milton Keynes is known for its connectivity as a vital transport hub between London, Birmingham and Manchester and my constituents should be getting the service they are paying for.

"I hope as we approach the Christmas period and beyond we will see a significant improvement in the frequency and reliability of Avanti services for Milton Keynes commuters and those travelling for leisure."