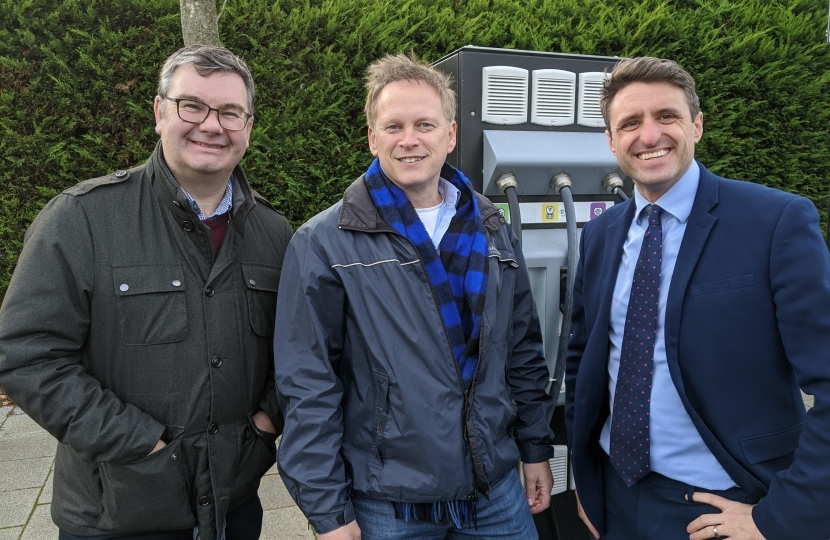 Ben Everitt MP is delighted Milton Keynes has more rapid electric car charging points per 100,000 population than any other city or town in the UK with 117 installed so far.

The rapid charging points are currently the fastest way to charge an electric car and Ben has been keen to champion MK as a place for new innovative technology since his election in 2019. He has previously welcomed Transport Secretary Grant Shapps to MK with Milton Keyne South MP Iain Stewart to discuss electric cars (pictured above).

"Grant Shapps, the Transport Secretary, is well aware of how keen I am to push MK as a green tech, innovative city and we're showing how we're leaders on this front."

The number of electric car charging points in Milton Keynes has actually increased by 32% since Ben was elected in December 2019.