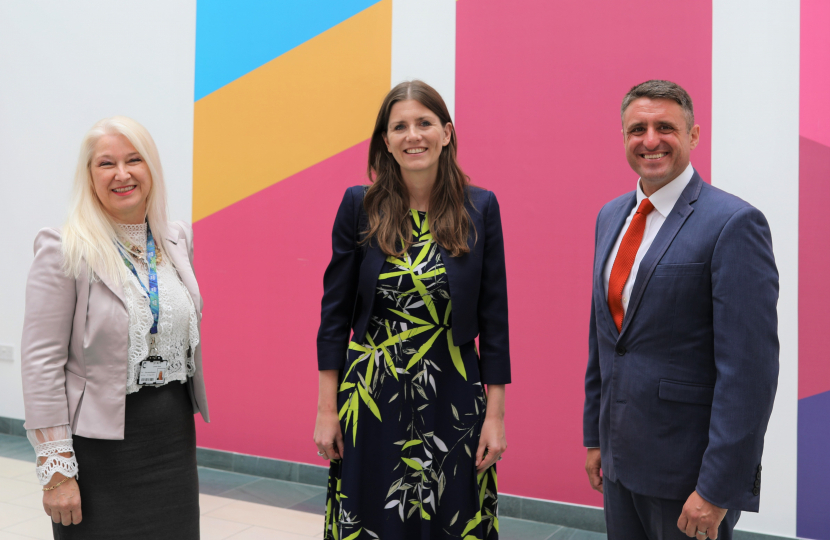 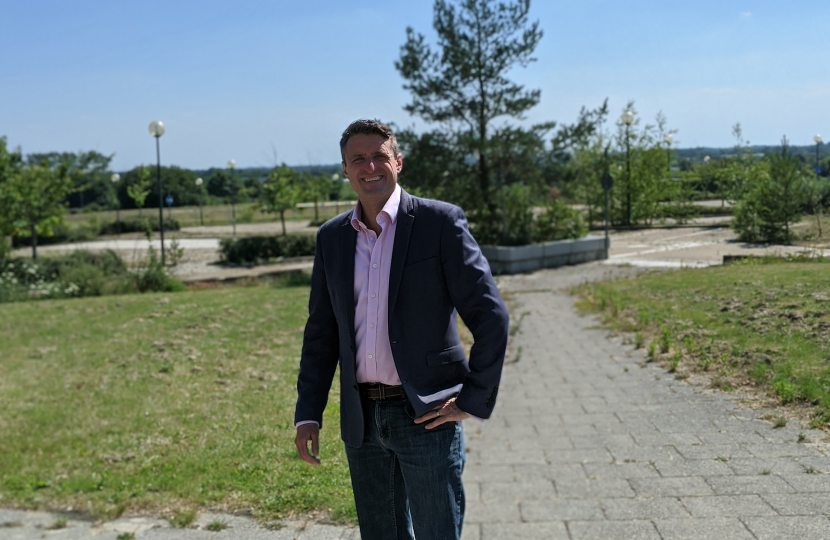 Alongside my fellow Milton Keynes MP Iain Stewart, I'm fully supporting the new proposed technical university in my constituency, Milton Keynes University (MK:U). This institution, modelled on the best technical universities in Germany and the United States, has identified a clear gap, which is the shortage of digital and STEM skills in the economy throughout Milton Keynes. I’m privileged in my constituency to sit in the middle of the Oxford to Cambridge Arc – a zone of immense prosperity and economic growth that is home to world class businesses and innovation.

But what Milton Keynes needs is people who can work in these businesses – and who have qualifications that are industry ready. And that’s what MK:U will deliver. By 2021, MK:U plans to be delivering degree apprenticeships in the critical shortage areas of data science, cyber security, digital technology, and management. By 2024, when the university is fully on stream, it will continue to deliver at least half of its provision via degree apprenticeships.

It will also work closely with the new South Central Institute of Technology to deliver high quality technical qualifications at what are called Level 4 and 5 – above the level of school qualifications, but quicker to achieve and more industry-focussed than traditional degrees.

The reason I’m so confident in the success of MK:U is that the team there have been overwhelmed by interest from businesses. Over a hundred major employers, who between them employ over 700,000 people in the UK alone, are backing MK:U, including top-level support from Arriva, Bosch, BT, Capita, Grant Thornton, Network Rail, PwC, Sainsburys, and Santander – who specifically cited MK:U as a key element in its decision to locate its new £150 million Digital Hub in Milton Keynes, and has committed £10 million capital funding and £20 million of in-kind support, to MK:U.

MK:U is backed by Cranfield, the world recognised postgraduate university with a long track record in scientific and business research, and another example of an institution that knows what it does and does it well. Like Cranfield, and like the OU, MK:U will keep to its mission. It won’t offer a wide range of liberal arts and humanities degrees. It won’t chase faddish new disciplines and courses merely to attract students. It will focus on driving prosperity in the Arc, and for the UK more widely.

I know that Ministers in the Education and Communities departments, and in the Treasury are studying the proposal closely as we approach the Spending Review. It has the potential to make a real difference – and to provide a model that other, ‘Free’, universities could follow too.

Milton Keynes North MP Ben Everitt has secured a meeting with the Chief Secretary to the Treasury to discuss the project for a fully fledged on-site university in the city.

Ben Everitt, the MP for Milton Keynes North, is backing calls to for the Queen Elizabeth II University Milton Keynes.

MK:U has already suggested it would he honoured to be renamed in tribute to Her Late Majesty The Queen and Ben believes the university has the perfect business case.

Local MPs Ben Everitt and Iain Stewart have thrown their support behind MK:U by working on a bid for Government funding as part of the flagship Levelling Up Fund.

Schools in Milton Keynes will receive a 2.35% increase in per-pupil funding for the 2023-2024 academic year, the Government has announced.

Ben Everitt, the MP for Milton Keynes North, has shared his delighted that an estimated 76.6% of schools across Milton Keynes are taking part in the Government's National Tutoring Programme.

Milton Keynes’ plans for a brand new on-site university MK:U were on show for Government Minister Michelle Donelan who visited the city on Thursday (10th June).

Ben Everitt, the MP for Milton Keynes North, has welcomed the Government’s announcement that three schools in his constituency will receive funding for building improvements.

Ben Everitt, the MP for Milton Keynes North, has continued his campaign for a new university in Milton Keynes with a meeting at the Department for Education.