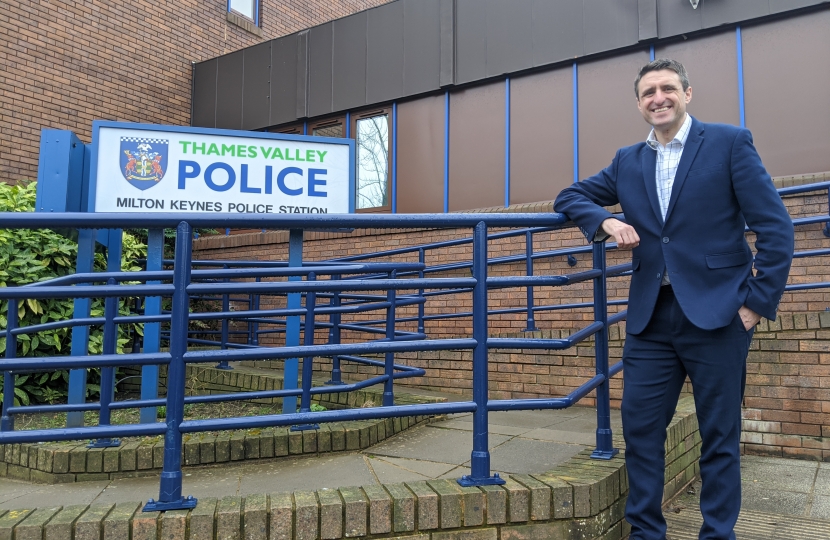 Thames Valley Police are well ahead of their recruitment target as part of the Government’s plan to put 20,000 more police officers on our streets.

The local force were allocated 183 officers to hire by March 2021 as part of the first tranche of the uplift, but by the end of June they had already reached 219.

Milton Keynes North MP Ben Everitt is delighted with the news and has praised Thames Valley Police for the fantastic work they are doing.

He commented, “It’s absolutely brilliant to hear Thames Valley Police have not just beaten their recruitment target, but they’ve smashed it. That’s 36 more officers than expected and nine months ahead of schedule, too.

“More police officers on the streets of Milton Keynes means they can keep our communities safe and this recruitment shows the Government’s absolute commitment to cracking down on crime and keeping criminals off the streets.”