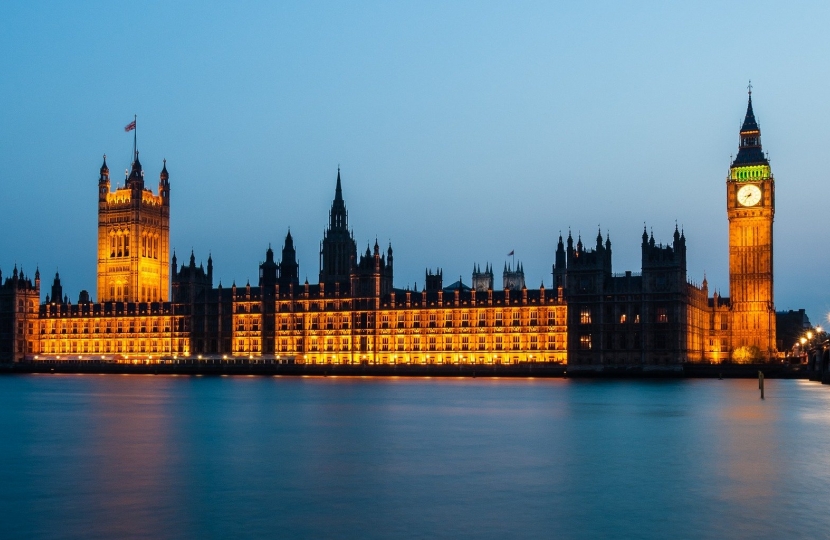 It’s just about dawn on a chilly day down here in Westminster. I’m just walking in as Parliament has been recalled to debate the EU trade deal and the tiering arrangements.

I hope you’ve all had a lovely Christmas. It’s certainly been a strange one.

It’s strange down here at the moment, too. The social distancing and other covid related measures mean that parliament is not quite how it used to be.

I think, as a new MP, one of the things that I almost took for granted is how parliamentary debate actually works and how valuable it is.

Back in the spring, when nearly everything virtual, what we ended up with was just a collection of speeches. It made me realise that a lot of the value of parliamentary debate was the ability to interrupt – or intervene, as it’s called – to test arguments, challenge facts and respond. Basically the art of the debate.

The two things we’ve got on today are hugely important. They really need that full level of parliamentary scrutiny, so that’s why I’m here.

Because of the Covid restrictions, there’s limited opportunities to get on the list to speak – either physically or virtually. It’s not like the pre covid days where we’d all cram in the chamber and bob up and down for hours to catch the speakers eye.

It’s a booking system that essentially works a bit like a raffle. I’ve won the raffle for the Tiers debate later, but I didn’t get on the list for Trade Deal one.

So I thought I’d just spend a few minutes running you through the things that I wanted to say.

I was going to start with Sovereignty.

it’s been a long, long four years. That word – sovereignty – has been repeated many times. Those opposed to leaving the European Union have sought to define it in pejorative terms. As if wanting the government we elect to be in control of our own borders, laws, money and waters is some kind of dystopian nightmare.

It is, of course, no such thing.

Sovereignty means that as well as having concluded this tariff-free free trade deal with the European Union, we are now open to join other, faster growing, more dynamic trade blocs, such as the Comprehensive and Progressive Agreement for Trans-Pacific Partnership (the CPTPP).

And of course our trade deals with our commonwealth family in Australia and New Zealand and our cousins in the United States.

Sovereignty means we will finally exit the Common Agricultural Policy, which has broken the economics of food production and agriculture across our continent and stunted opportunities for economic growth and sustainable local food production in the developing world.

Sovereignty means the money we save as a former net contributor to the EU budget can be and is being invested in our NHS.

And the fraction of the money we sent which we got back can now be directed to the priorities that the British people have voted so resoundingly for – clean energy for our low carbon future, levelling up, new jobs – not just in nursing and policing, but in a whole swathe of new sectors as our country builds back better.

And I wanted to talk directly to the people who are still upset about the referendum and leaving the European Union.

I know there are some of you out there who feel that their world has just got smaller. That somehow an aspect of your view of yourself has been reduced. Many people have invested a part of their identity in the concept of being a European.

I want to reassure you.

We have not left Europe in any literal sense. We may no longer have the same political relationship with Brussels, but our Island remains just 21 miles from France.

While we now control our borders, laws, money and waters, we remain linked to our friends and partners the other side of the channel in so many ways.

This free trade agreement for a start. But we are linked to with our culture our cars, our weather our wit, our food our fashion, our sport our passion.

We remain as beautifully ‘the same but different’ as we ever were.

But now our horizons for friends and partnerships do not stop at the borders of the EU.

The world is open to us. Old friendships can be strengthened new partnerships can be forged.

To those who regret leaving the EU, I say this – our future is global, but it still includes 27 near neighbours. We’ve changed our relationship status from ‘it’s complicated’ to ‘friends’.

This is the start of an exciting new chapter in British history. Our horizons have become broader, our ambitions can be pushed beyond our expectations.

We can move forward, together.