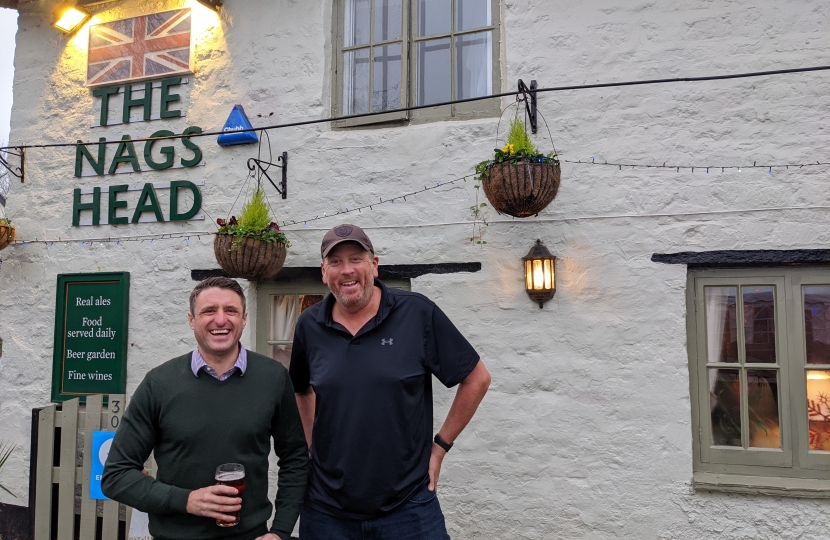 The Nags Head in Great Linford has been announced as the winner of Ben Everitt MP's inaugural Milton Keynes North Pub Of The Year competition for 2021.

Hundreds of votes were cast in the competition with 42 pubs across the MK North constituency being nominated.

Votes were cast for pubs in areas all across Milton Keynes North, from Astwood and Bradwell to Neath Hill and Newton Blossomville to Wolverton and Weston Underwood, while 11 pubs from Newport Pagnell received votes.

1. The Nags Head in Great Linford

2. The King's Arms in Newport Pagnell

3. The Cross Keys in Woolstone

4. The Old Mill in Newton Blossomville

5. The Cock Inn in Hanslope

7. The Prince Albert in Bradwell Village

8. The Rose & Crown in Newport Pagnell

9. The Dolphin in Newport Pagnell

10. The Watts Arms in Hanslope

Ben Everitt MP set up the competition to help raise the profile of local pubs which have been hard hit by lockdown and restrictions over the last two years and was delighted to see so many votes cast and congratulated The Nags Head on their win.

He said: "I just want to say a huge congratulations to The Nags Head for being named my first ever Milton Keynes North Pub Of The Year and a thank you to everybody who took part and voted in the competition.

"We all need to support our local pubs who have struggled so much throughout the pandemic and I'm pleased to have been able to highlight the wonderful local support our locals from the public have across Milton Keynes.

"It was lovely to meet the team at The Nags Head and hear about the fantastic work they're doing in the community, including an upcoming event with Willen Hospice."