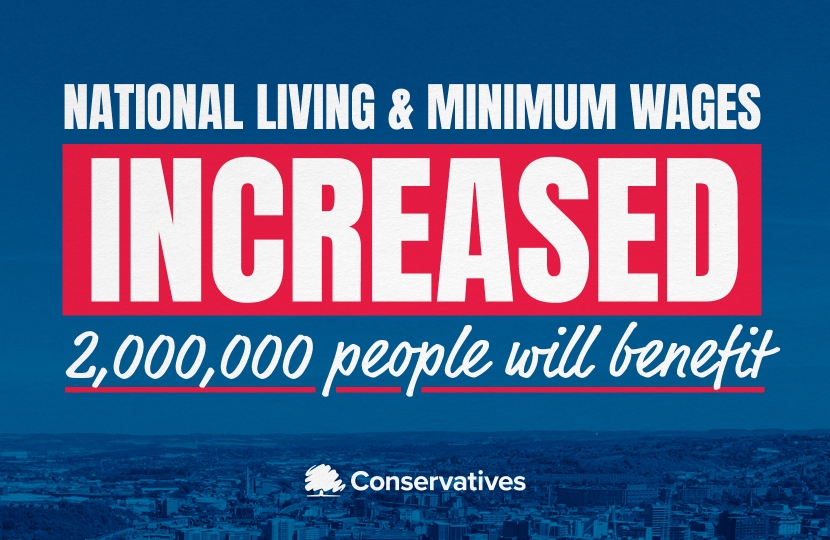 The lowest paid workers in Milton Keynes will receive a pay rise this year thanks to an increase in the National Living Wage to £8.91 an hour.

The Conservative Government's decision will especially benefit young people with the age threshold being lowered from 25 to 23, while the raise is the equivalent of of more than £345 extra per year for someone working full-time.

The rise means someone working fulltime on the National Living Wage from April 2021 will be taking home £5,400 more annually than they were in 2010.

The Conservative Government remains committed to the target of the National Living Wage reaching two-thirds of median earnings by 2024, and this increase allows progress to continue to be made towards it.

Ben Everitt, the MP for Milton Keynes North, said: "This is fantastic news for young people and the lowest earners across Milton Keynes. This Government is committed to levelling up and supporting those on lower incomes.

"And pytting more money in the pockets of hard-working families will help support our recovery as we build back better from this pandemic.”

Prime Minister Boris Johnson said: “The National Minimum and Living Wages have increased every year since they were introduced, supporting the lowest paid, and despite the challenges we’ve faced recently, this year will be no different.

“That’swhy we’re providing a well-earned pay rise to two million people, which will be a welcome boost to families right across the UK."