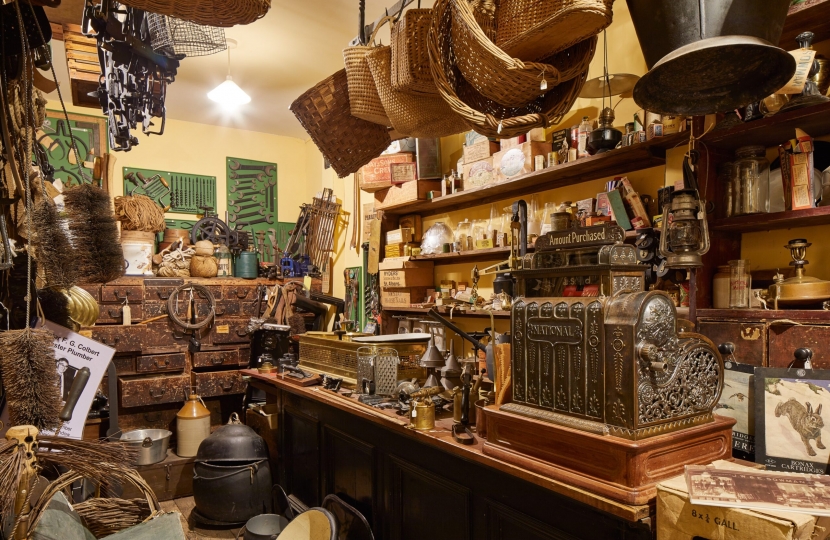 Two Milton Keynes North organisations have been awarded a share of £112,700 from the latest round of the Government's Culture Recovery Fund to support them through autumn and winter.

The recipients of the funding from the third round of the fund are Milton Keynes Museum, based in Wolverton, and World Media Initiatives, based in Newport Pagnell.

The third round of funding, totalling £300 million, was announced by the Chancellor at March’s Budget to support theatres, museums, cinemas and other cultural organisations over the upcoming months.

This extra funding, together with other support such as separate additional funding for fifteen national museums and galleries, has meant that the Government’s total cash support package for culture during the pandemic is now approaching £2 billion.

Ben Everitt, the MP for Milton Keynes North, commented: "I'm delighted Milton Keynes North organisations are yet again benefitting from the Culture Recovery Fund which has been a huge lifeline for our institutions throughout the pandemic.

"This means the support from the Conservative Government to MK North organisations from the CRF has exceeded £1.2 million, on top of the other fantastic initiatives such as Furlough, business rates cuts and additional restrictions grants to MK Council to distribute."

Nadine Dorries, the Culture Secretary, said: "Culture is for everyone and should therefore be accessible to everyone, no matter who they are and where they’re from.

"Through unprecedented government financial support, the Culture Recovery Fund is supporting arts and cultural organisations so they can continue to bring culture to communities the length and breadth of the country, supporting jobs, boosting local economies and inspiring people."