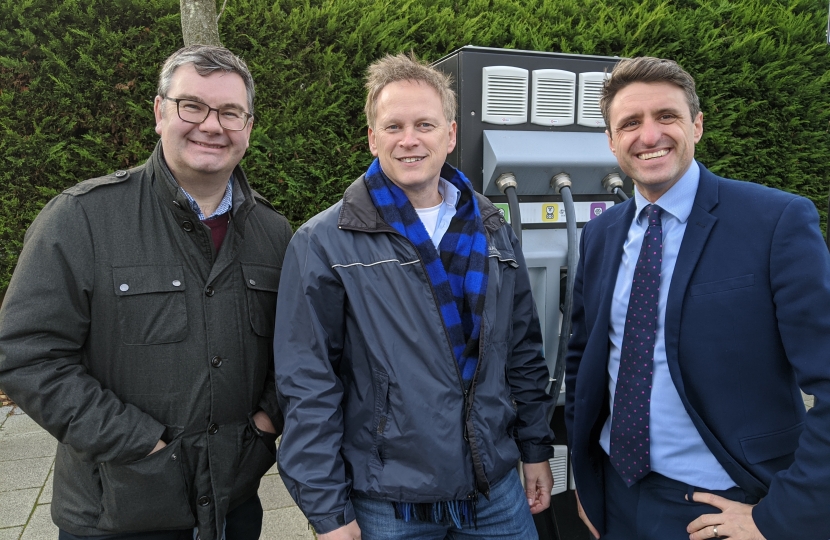 Milton Keynes has more electric car charging points than any other city in England outside of London, new figures have revealed.

Government data shows there are 327 publicly available charging points in MK which is a 19% increase on January 2020.

This puts our city top of the tree for electric car charging points per 100k population in England outside of London, and only behind London and the Orkney Islands in the whole of the United Kingdom.

114 of these are rapid charging units, the current fastest way to charge an electric vehicle, which actually puts Milton Keynes at the top of the list in the UK (per 100k population).

Milton Keynes MPs Ben Everitt and Iain Stewart met with the Transport Secretary Grant Shapps prior to the pandemic to discuss the importance of electric vehicles in the future and are delighted as the Government have just announced a £20 million boost to increase charge points across the country.

Ben Everitt, the MP for Milton Keynes North, said: “Milton Keynes is always at the heart of tech and innovation and that’s no different with electric charging points, it’s fantastic news that we’re leading the way in a greener future.

“And I’m thrilled the Transport Secretary Grant Shapps will be supporting councils such as MK even further with brand new £20 million funding as we build back greener.”

Iain Stewart, the MP for Milton Keynes South, commented, “I am proud of Milton Keynes, yet again, leading the way on innovation and being at the forefront of electrical charging points.

“As we approach the 2030 ban on sales of petrol and diesel cars, it is important we have these charging points in place across the city to support our transition to electric cars!”

More than 57,345 people have been given at least one dose of the COVID-19 vaccine across Miton Keynes, it has been announced.

The latest figures, published on Thursday (25/02), include all vaccines given by the Milton Keynes CCG up to Sunday 21st February.