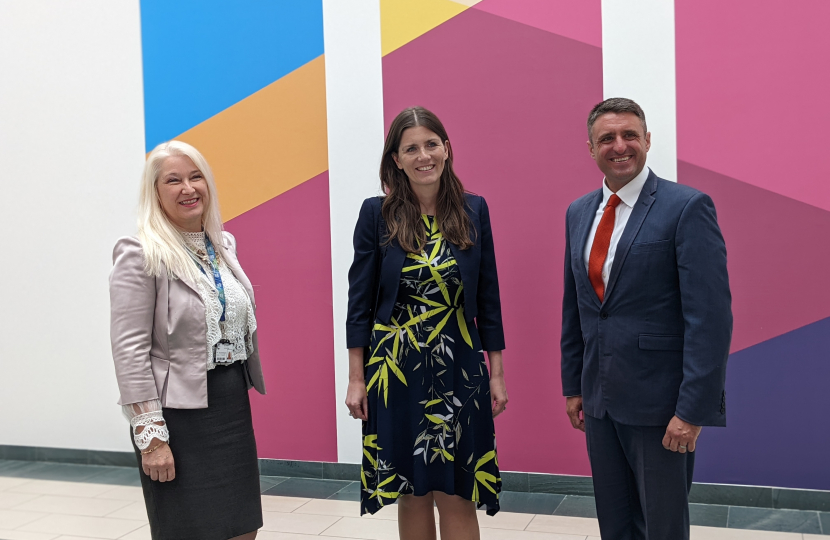 Local MPs Ben Everitt and Iain Stewart have thrown their support behind MK:U by working on a bid for Government funding as part of the flagship Levelling Up Fund.

Ben and Iain have both worked with officers at Milton Keynes Council to put forward a bid as part of the Levelling Up Fund to help deliver the next phase of growth for MK:U.

The local MPs have been closely involved with the project for many years and hold regular meetings with MK:U, and its Chief Executive Lynette Ryals, as well as lobbying the Government to support the project. Ben recently secured a visit from the then-Education Minister Michelle Donelan to the university’s current site at Bouverie House.

The second round of the Government’s £4.8bn Levelling Up Fund will allocate further funding to infrastructure projects that will improve everyday life for residents across the United Kingdom.

Ben Everitt, the MP for Milton Keynes North, said: “I’ve been a passionate champion of MK:U since day one of becoming a Member Of Parliament and I’m determined to deliver this fantastic opportunity for Milton Keynes.

“We need to focus on skills businesses are going to need in the future and MK:U will focus on those vital areas of science, technology, engineering and mathematics.

“I’ve been working hard to ensure this bid for the Levelling Up Fund is of the highest quality possible and I’m delighted to be able to give it my backing.”

Iain Stewart, the MP for Milton Keynes South, commented: “I am very pleased to have offered my priority support for the Levelling Up Fund Bid to help make MK:U a reality and a success.

“Since day one, I have supported the proposals for a university in Milton Keynes and I have continuously championed MK:U amongst my ministerial colleagues.

“Along with Ben Everitt MP, I will continue to lobby the Government to back MK:U which will build a high-skilled workforce, stimulate local economic growth and repurpose existing brownfield sites.”