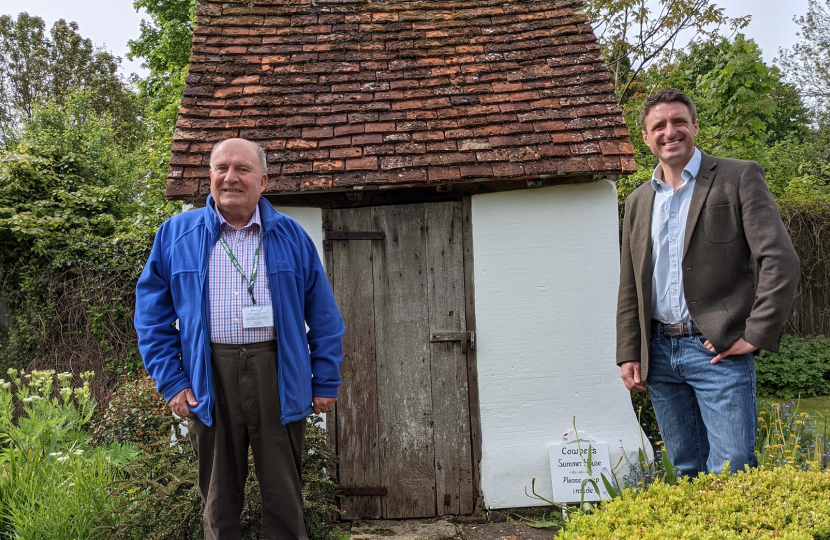 Ben was given a tour of the house and gardens at the Cowper and Newton Museum in Olney which pays homage to the Olney Hymns written by John Newton and William Cowper, including Amazing Grace.

Both Cowper and Newton played important roles in campaigning for the abolition of slavery, with one poem often being quoted by Martin Luther King Jnr during speeches.

The house itself which was the home of Cowper includes many personal artefacts and stories about his life, and along with the beautiful gardens are maintained by a group of volunteers including one in their 90s!

Ben later attended MK Gallery in Central Milton Keynes to see their current Memphis: Plastic Field exhibition, a colourful, creative piece of art which inspired people such as David Bowie who had his own private collection of their work.

The Memphis Group believed in style over function for their work which became iconic in the 1980s and is currently on display in Milton Keynes for a limited time only.

Ben Everitt MP said: "It's been absolutely amazing to get out across Milton Keynes and Olney to visit some of our incredible tourist attractions and help promote them for English Tourism Week 2021.

"Both the Cowper and Newton Museum and MK Gallery attract visitors from around the world, so when you've got them on your doorstep they are definitely worth a visit!"