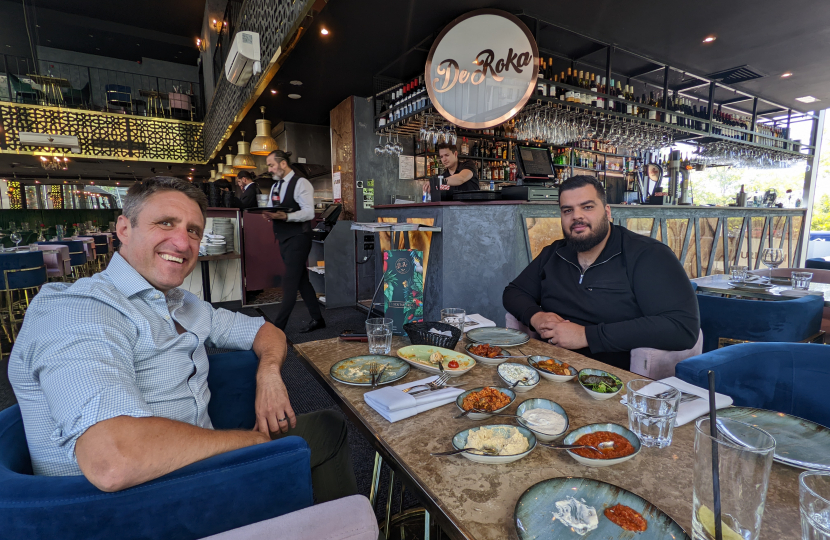 Ben Everitt, the MP for Milton Keynes North, has visited DeRoka Turkish Restaurant in Milton Keynes to congratulate them on their recent success in the British Kebab Awards.

The family-run restaurant was a finalist at the prestigious awards for the second year running - this time in the Best Fine Dining Restaurant category.

Ben heard about the impact of the pandemic and the current cost of living crisis on the food and drinks industry in Milton Keynes, as well as how DeRoka have created 30 local jobs.

Ben said: "I was delighted to hear DeRoka had reached the final of the British Kebab Awards for the second year in a row and wanted to pop down to give them a personal congratulations after sending them a letter previously.

"It's fantastic to have local family-run restaurants like DeRoka here in Milton Keynes who are showcasing the brilliant food and drink industry we have in this city."