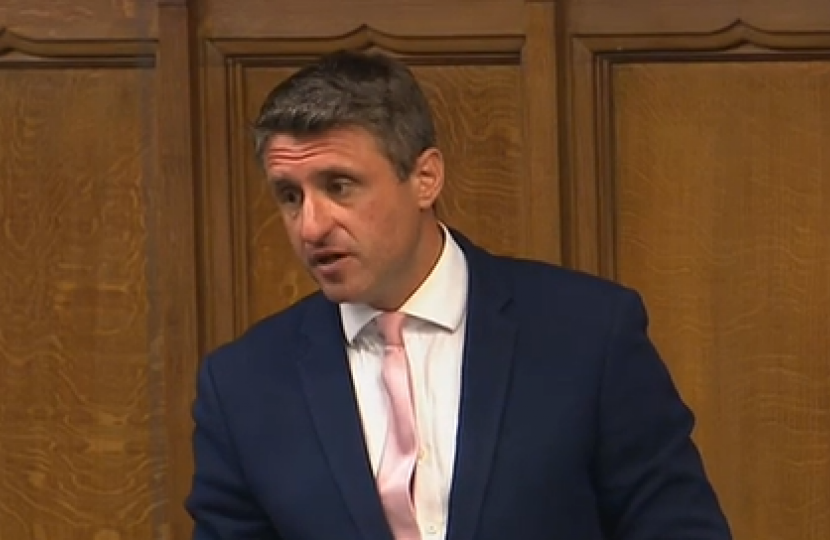 Ben Everitt, the MP for Milton Keynes North, has slammed the Labour-Lib Dem led Milton Keynes Council’s MK East expansion plans during a speech in the House Of Commons.

The local MP secured an adjournment debate on Wednesday evening (20th July) on “The Role Of Housing And Planning In Strengthening And Protecting Rural Communities” which was attended by Greg Clark, the Secretary of State for Levelling Up, Housing and Communities (LUHC).

He has a keen interest in this area and sits on the LUHC Select Committee and is chair of the All-Party Parliamentary Group for Housing Market and Housing Delivery.

Since being elected as Member of Parliament for MK North in 2019 Ben has been campaigning against the council’s reckless overexpansion plans near Newport Pagnell and Moulsoe, both locally and at a Government level.

Ben said: “Reckless overexpansion in rural areas is a real and pressing danger. My constituents who live in rural communities and market towns such as Olney and Newport Pagnell do not want and do not deserve to be swamped by poorly planned sprawling housing developments.

“We need to make planning work better for people and their communities, we need to get back to those pure principles just as the visionaries who built Milton Keynes did.

“When we don’t focus on sustainable, affordable, appropriate and proportionate housing the results are detrimental to many and the environment – I’ve seen this in my own constituency where the MK East Development encapsulates what can go wrong.

“This development does not respect the character of local villages, a factor I know my constituents care about deeply and second it takes farmland out of production during a time when the world is facing a food crisis when instead we need all of our farms to be at full pelt.”

Supporting our rural communities and campaigning against reckless overexpansion

Stop the reckless over-expansion of MK ruining our market towns.