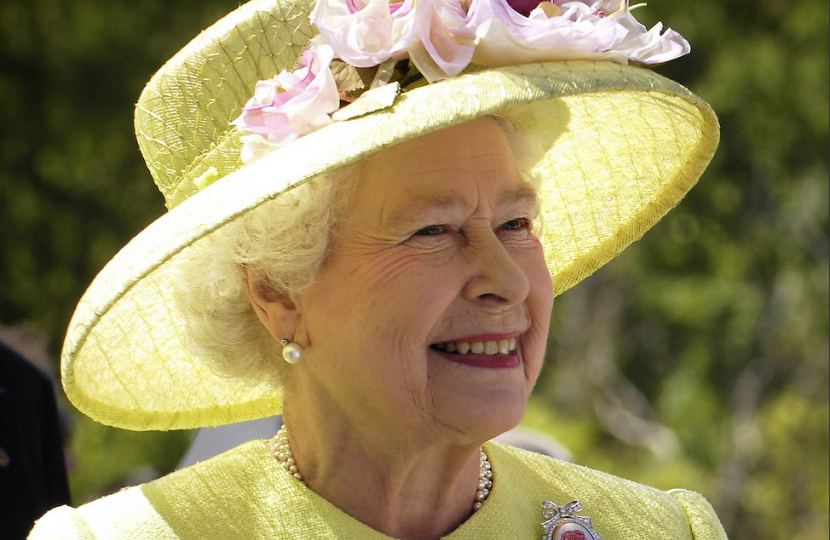 Local MPs Ben Everitt and Iain Stewart have written to Her Majesty The Queen expressing their gratitude after Milton Keynes was awarded city status as part of the recent Platinum Jubilee celebrations.

Ben and Iain had both been campaigning hard to ensure Milton Keynes was finally made a city after three previous failed attempts and also entered submissions into the official bid.

You can read the letter below: 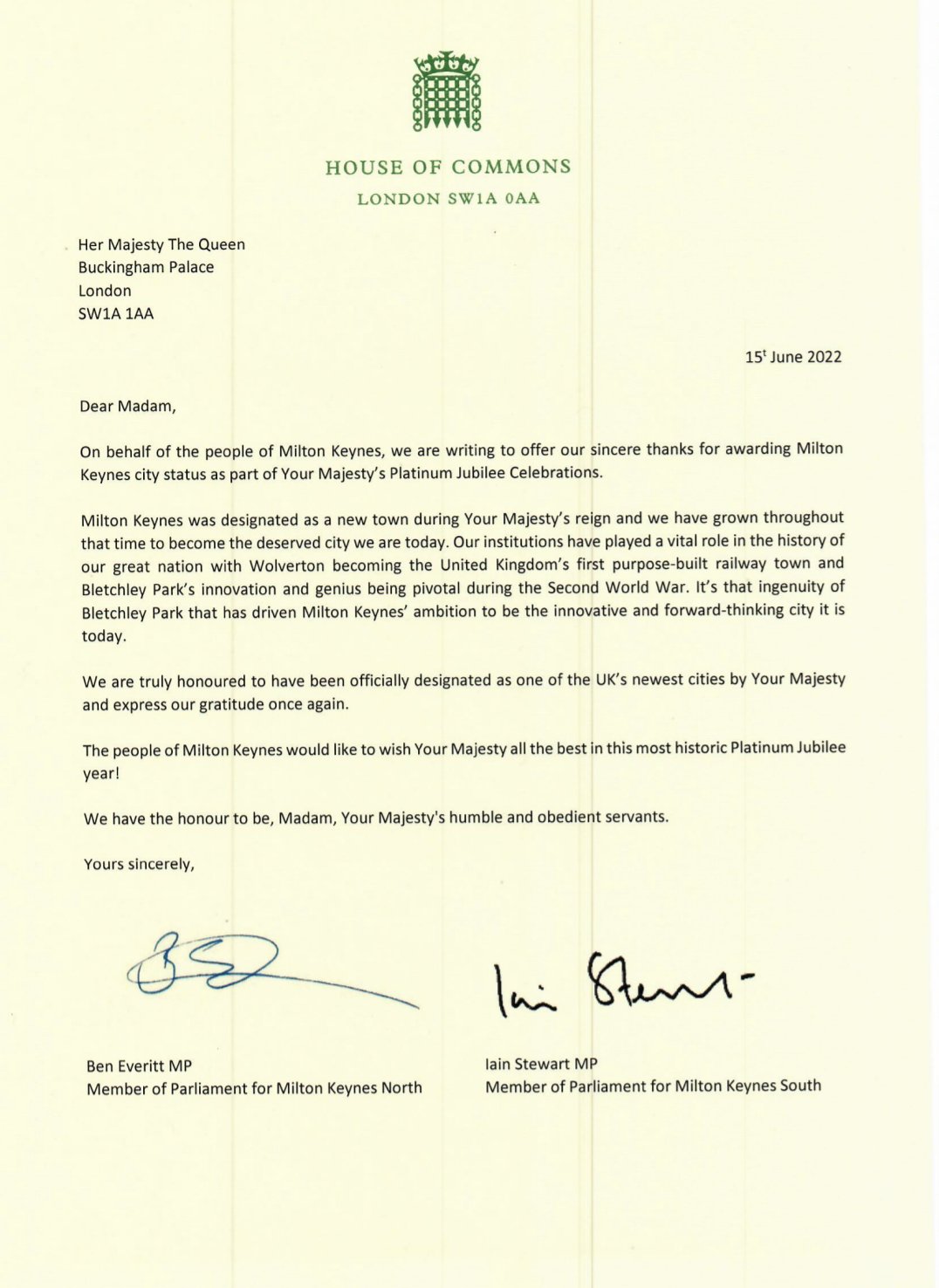