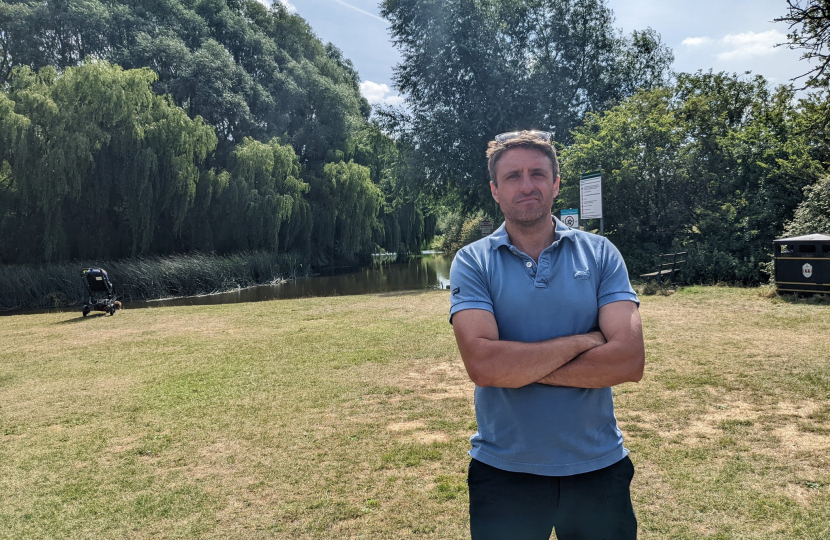 Ben Everitt, the MP for Milton Keynes North, has raised the issue of knife crime, anti social behaviour in Olney, and speeding in the rural villages n his latest monthly meeting with the Chief Constable of Thames Valley Police.

John Campbell, the Chief Constable, Matthew Barber, the Police and Crime Commissioner and Ben discussed the ongoing success of Op Deter which is helping tackle knife crime across Milton Keynes. The Knife Angel sculpture which raises awareness of knife crime will also soon be brought to Milton Keynes.

As well as knife crime, Ben raised the ongoing issue of antisocial behaviour during the hot weather at Olney Recreation Ground with BBQs causing danger on the dry grass and inappropriately parked cars blocking access for the emergency services.

Following his recent tour of some of the villages in Milton Keynes North, including Stoke Goldington, Ravenstone, Weston Underwood and Moulsoe, a number of people had raised concerns around speeding through the villages so Ben made the Chief Constable aware of these issues.