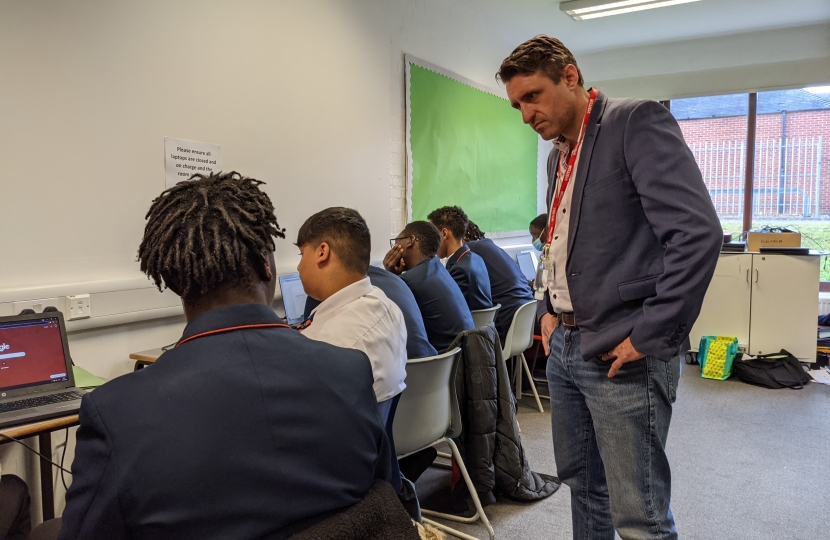 Ben Everitt, the MP for Milton Keynes North, was quizzed by students and given a tour of Stantonbury School on Friday afternoon (15/10).

Ben met with Ben Wilson, the Associate Principal, and Karen Malone, Careers and Associate Development Manager, who showed him around the school and classrooms and observed lessons.

Students working on campaigns including homelessness, votes at 16, culture issues and more spoke to Ben about the work they were doing and he offered words of advice.

Later, Sixth Form students were given the opportunity to quiz Ben on life in politics, including how he first got into politics and how to lobby Ministers for change.

Ben also had a meeting with Jim Parker, Executive Principal of the Tove Learning Trust, about improvements the school had made since taking over earlier this year.

Ben said: "It was wonderful to meet Stantonbury's incredibly engaging and enthusiastic students and hear the questions they had for me and all about their fantastic well-research campaigns.

"I'm pleased to see the improvements Stantonbury is currently making under the Tove Learning Trust, including a focus on safeguarding and support for mental health issues."