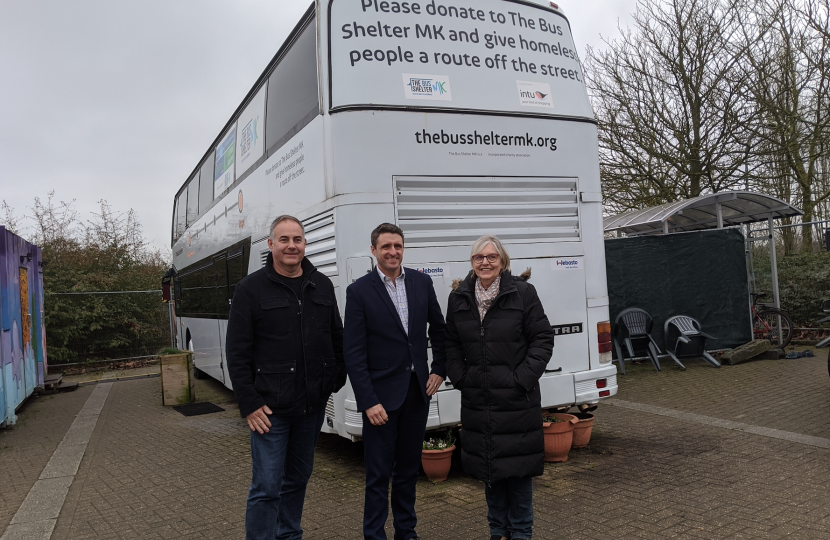 Milton Keynes North MP Ben Everitt has praised local charities after rough sleeping in the city fell by 49% across the last year.

As well as halving in the space of a year, the number of rough sleepers in MK has actually dropped by 62.5% since the 2017 figures were released.

The Government's Everyone In initiative was put in place to ensure anybody sleeping rough, in unsafe communal settings or at imminent risk of rough sleeping were given emergency accommodation during the COVID-19 pandemic.

Milton Keynes has received more than £7.5 million from the Government since the beginning of 2020 directed specifically at supporting rough sleeping and homelessness.

Speaking in the House Of Commons, Ben said: