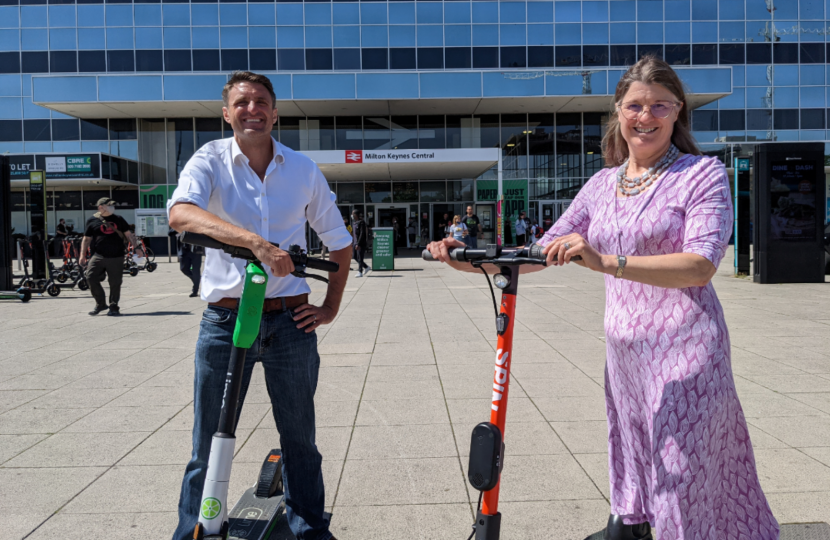 They visited one of the main scooter pick-up points in the city at Milton Keynes Central train station and had a quick ride before talking about the progress of the trials.

Ben shared his delight at the numbers of people who have been taking part in the trials currently being run by three operators, Lime, Ginger and Spin, but also raised concerns he had received from constituents around parking and misuse of the e-scooters.

The Minister reassured the local MP that this is why the trials are currently taking place and every issue will be taken into account before a decision is made on legalising e-scooters in England at the end of the trial.

Ben Everitt, the MP for Milton Keynes North,has officially opened a new Optical Express clinic in the town centre, bringing the latest eye treatment and technology to the area.