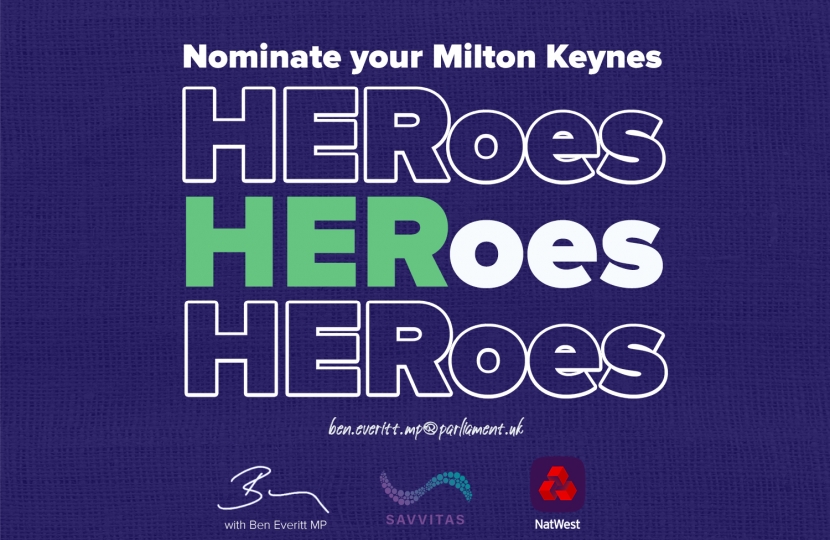 Ben Everitt, the MP for Milton Keynes North, is asking people to nominate their Milton Keynes HERoes to champions women’s enterprise throughout the UK.

Ben has been asked to nominate a local female growing business owner in MK who is employing people in the local area and has been established for two years.

MP HERoes was set up by Savvitas, an influential and innovative not-for-profit network working to positively impact life-long development of women, and one of their patrons is former Prime Minister Theresa May. It was created by parliamentary adviser Helene Martin Gee and the HERoes scheme is being supported by NatWest.

You can nominate a local business owner by emailing Ben at ben.everitt.mp@parliament.uk with the subject line: "Nomination HERoes".

Ben Everitt MP commented: "This is a wonderful initiative to showcase the incredible female talents we have running businesses across Milton Keynes.

"There are no better people to ask to put forward a nomination than the people of Milton Keynes themselves so please do get in touch and let's get highlighting MK"s HERoes."