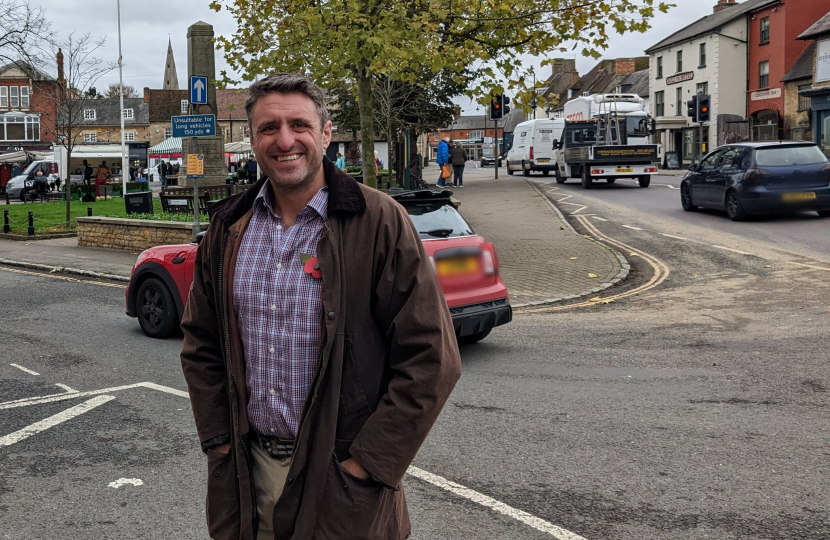 Ben was given a tour of Cobbs Garden Surgery in Olney to discuss the issues they were facing and the importance of a new facility to help them continue to deliver healthcare for the rural areas.

He also met Cllr Debbie Whitworth, the Deputy Mayor of Olney, to talk about the ongoing issues around the number 41 bus which has had its service cut through Olney and Lavendon.

Milton Keynes City Council were initially made aware of Stagecoach's intentions back in May. Since it was made public Ben has been fighting for Olney residents who rely on the bus to get to work and school/college.

He raised the issue in the House Of Commons with Leader of the House Penny Mordaunt who has since brought it to the attention of the Department for Transport.

Ben also had a wander around Olney Market.

Supporting our rural communities and campaigning against reckless overexpansion

Stop the reckless over-expansion of MK ruining our market towns.