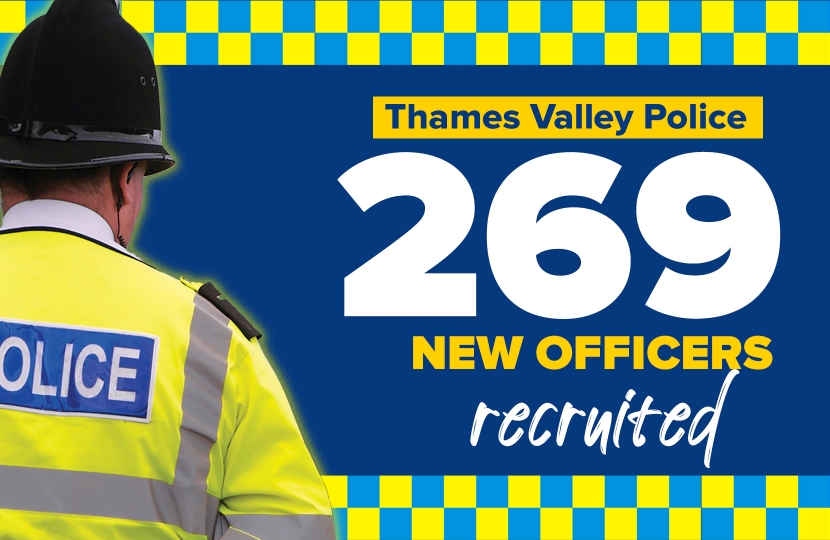 Local MP Ben Everitt is delighted with the news Thames Valley Police have recruited 269 new officers as part of Prime Minister Boris Johnson's plans for a 20,000 uplift to force numbers across the country.

On becoming Conservative Party leader in 2019, the Prime Minister pledged 20,000 new police officers by 2023 with local force TVP promised 183 in the first tranche by the end of March 2021, and an extra 179 officers in the second round of recruitment, with numbers for round three still to be confirmed.

Ben Everitt, the MP for Milton Keynes North, said: "I'm delighted to hear Thames Valley Police now has 269 more police officers as part of the Prime Minister's pledge to recruit 20,000 new officers by 2023 and have smashed the 183 number I promised when I was elected in 2019.

"The extra resources will help us fight crime here in Milton Keynes and supports with our new Beating Crime Plan which will see every neighbourhood in England & Wales have a dedicated and contactable police officer who knows the area well."

If you're interested in a career in the police force, find out more: joiningthepolice.co.uk.