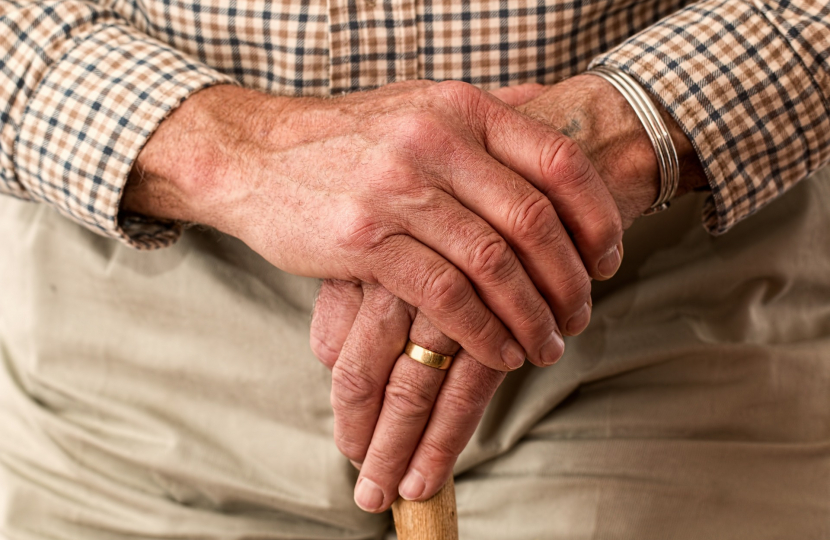 More than 36,000 pensioners across Milton Keynes are set to receive a £300 Cost Of Living payment from TODAY, as part of the Conservative Government's plans to protect the most vulnerable this winter.

The annual Winter Fuel Payments for pensioners will be boosted this year by an additional £300 per household and will land in bank accounts over the next two months.

This month, over seven million payments of £324 have already been made to low-income households as part of this government’s cost of living support. This includes pensioners receiving Pension Credit.

The average Pension Credit award is worth over £3,500 a year, and for those pensioners who may be eligible but are yet to make an application, there is still time to do so and qualify for this additional £324 payment.

Further cost of living support to be paid next year was announced by the Chancellor in his Autumn Statement last week. Payments will include a further £300 for pensioners, £900 for households on means-tested benefits and £150 for those on disability benefits.

Ben Everitt, the MP for Milton Keynes North, said: "This Government has shown time and time again that we are committed to protecting and supporting the most vulnerable people in society and we will continue to do so.

"On top of securing the Triple Lock on pensions, I'm delighted pensioners will receive an extra £300 Cost Of Living payment from today, with a further £300 coming next year.

"We're supporting many other vulnerable groups and that's why we are uprating benefits in line with inflation, including the biggest National Living Wage increase ever and a £650 Cost Of Living payment to those on means-tested benefits."

Work and Pensions Secretary Mel Stride said: "We want to do everything we can to support pensioners who are often the most exposed to higher costs. That’s why we’re providing all pensioner households with an additional £300 on top of their Winter Fuel Payments to heat their homes and stay warm this winter.

"This extra payment is just one part of the wider support package we’re delivering to help with rising bills, including the biggest State Pension increase in history.

"Our support doesn’t stop here. As we deal with the impact of Putin’s illegal war in Ukraine and the aftermath of the pandemic, we will continue to stand by the most vulnerable, with further cost of living payments coming next year."