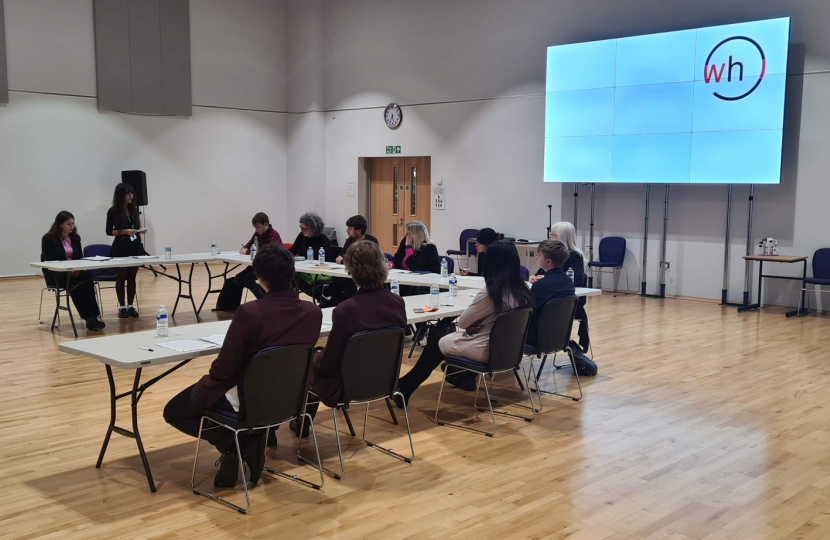 Ben Everitt, the MP for Milton Keynes North, has congratulated The Radcliffe School and The Hazeley Academy for reaching the final of the Milton Keynes Schools Parliamentary Debate Competition.

Oakgrove School were crowned champions in 2021 after winning the final in the House of Commons against St Paul's Catholic School in the contest for students from Year 11-13.

The debates were chaired by a member of the MPs' office and judged by Michelle Smyth, from the Open University, Cllr Amanda Marlow, the Mayor of Milton Keynes, Julie Mills, Chair of Women Leaders UK and the former CEO of Milton Keynes College and Prayksha and Leon, Milton Keynes' Members Of Youth Parliament.

As part of the competition teams of two from each school are given a motion they are asked to either argue for or against and each student has six minutes to speak. The opposition are able to make interventions in the middle four minutes, but the first and last minute are protected from interventions.

The school debates competition has been organised annual by the Milton Keynes MPs since 2008 and the first round of this year's contest was held at MK College's Chaffron Centre, before the semi-finals taking place in November and the final in the Houses of Parliament in November.

This rounds debate questions were on whether a by-election should be held when an MP voluntarily changes party and whether First Past The Post, Alternative Vote or Proportional Representation should be the UK's voting system.