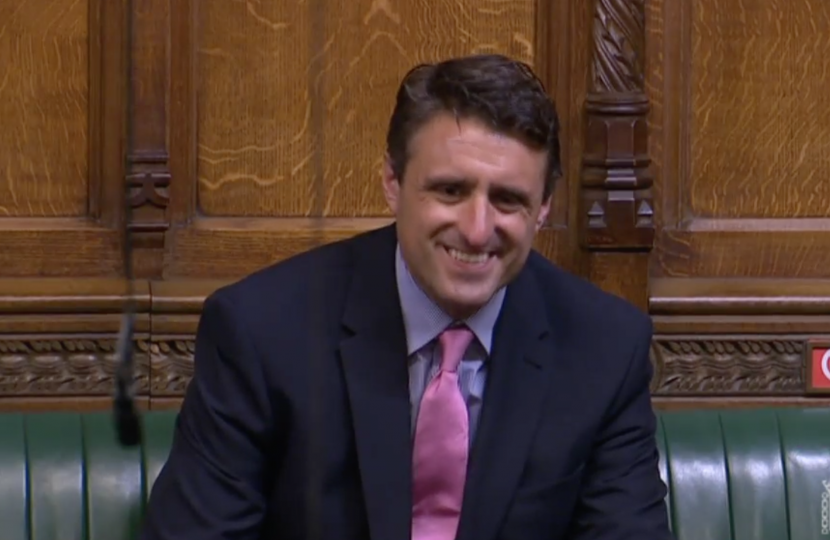 Ben Everitt, the MP for Milton Keynes North, has backed an amendment to Government legislation which would ensure the 0.7% overseas aid commitment is maintained.

The amendment to the Advanced Research and Invention Agency (ARIA) Bill is being supported by 30 Conservative MPs including Ben, former Foreign Secretary Jeremy Hunt and the Chair of the Foreign Affairs Committee Tom Tugendhat and could force a Commons defeat on the Government if it’s not accepted.

Local MP Ben has worked closely alongside MK-based charity World Vision UK since being elected in December 2019 and is urging the Government to return to its manifesto promise of a 0.7% overseas aid commitment.

He said: “The United Kingdom of Great Britain and Northern Ireland is the greatest country on planet earth.

“I'm proud that we are a global force for good. When Britain makes a promise to the rest of the world, we keep it.”

"We have hosted events together with both local young people and those in our WV Young Leaders programme. They are passionate about delivering opportunity for children globally as well as locally.”

The amendment is in the name of former Development Secretary and former Chief Whip Andrew Mitchell and former FCO adviser and newly elected MP Anthony Mangnell.

Andrew Mitchell MP said: “Every single member of the House of Commons was elected on a very clear manifesto promise to stand by this commitment.

“I have repeatedly urged the government to obey the law and implored Ministers to reconsider breaking this commitment. The cuts are now having a devastating impact on the ground and are leading to unnecessary loss of life.

“We urge the government to think again, or we shall be asking Parliament to reaffirm the law as it stands so as to oblige the government to meet its legal commitment, keep its very clear pledge to British voters and uphold Britain’s promise to the rest of the world.”