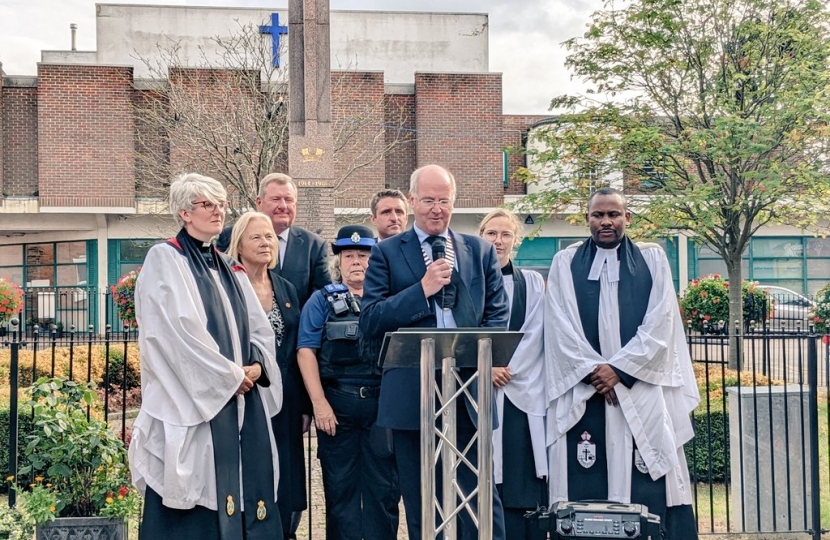 Ben Everitt, the MP for Milton Keynes North, has attended the proclamations for King Charles III at a county, city and town level this Sunday (11th September).

After the proclamation of accession at St James's Palace in London on Saturday, the county level proclamation took place in Aylesbury the following day with Ben joining Milton Keynes South MP Iain Stewart and the Mayor of Milton Keynes Amanda Marlow in attendance.

Ben then attended the Milton Keynes Council proclamation with the Mayor, local councillors and other dignitaries at the Civic Offices where he also signed the Book Of Condolence.

The final proclamation services of the day were at a Parish and Town Council level and Ben joined Wolverton and Greenleys Town Council on The Square in Wolverton for another service.