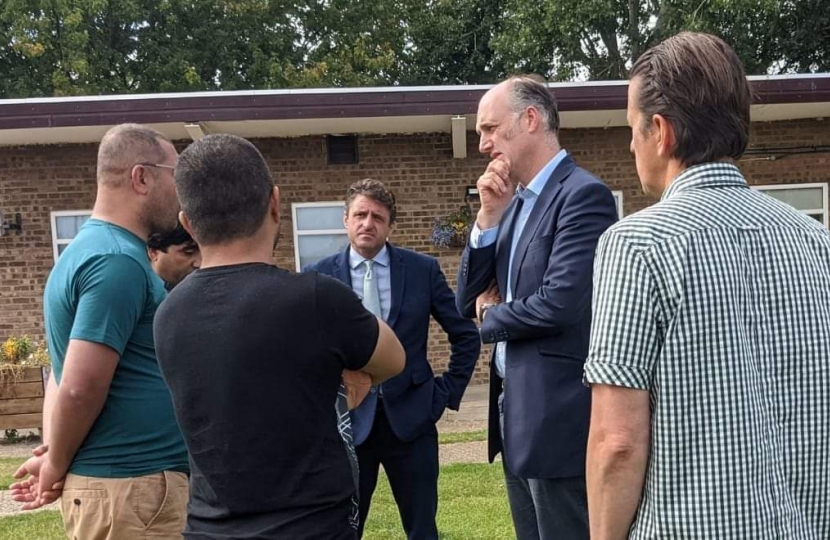 Ben Everitt, the MP for Milton Keynes North, and Defence Minister Leo Doherty have met with Afghan refugees who have been welcomed to Newport Pagnell by the community.

Many of the refugees are being supported by the Newport Pagnell Baptist Church and its Pastor Steve who has been helping integrate them into British life included with a widely reported game of cricket.

Leo Doherty, the Minister for Defence People and Veterans, had previously served for the British Army in Afghanistan himself and was keen to hear about the experiences of the refugees and any support they needed.

Ben said: "It was an honour to meet some of the Afghan refugees who have been resettled here in Milton Keynes and over the last month it's been inspirational to see just how much our city cares and has welcomed our friends with open arms.

"From the incredible levels of donations, to the friendly welcomes on the Newport Pagnell Chit Chat Facebook group, to the wonderful work of Pastor Steve, I'm so proud of our city.

"It was amazing to have Leo in Newport Pagnell to speak to the refugees about the experiences and hear of the support they still need as they resettle to life in the UK.

"I know the Government is rightfully working around the clock on the Afghanistan resettlement programme."