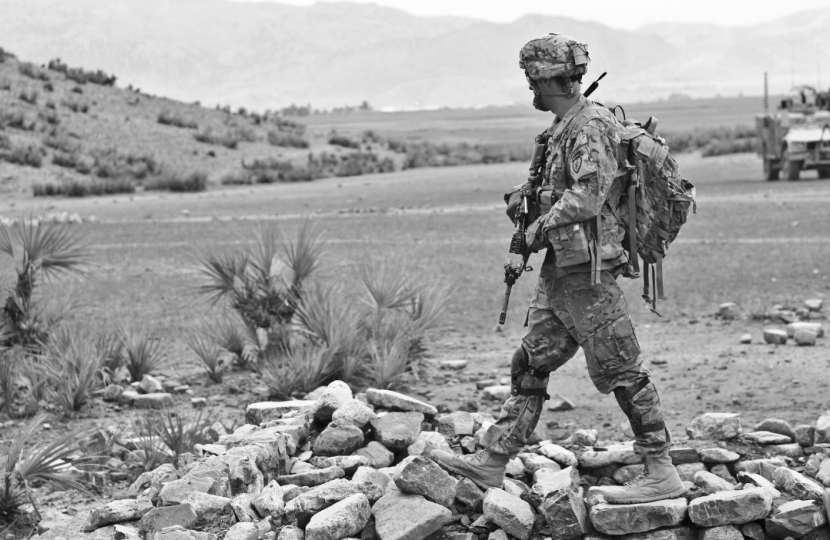 Information and support on the UK's current response to events in Afghanistan:

Ben Everitt, the MP for Milton Keynes North, has been in regular contact with the Foreign Office, Ministry of Defence and Home Office to discuss the situation in Afghanistan.

- 5,171 of those people are Afghan Relocation and Assistance Policy claimants

The Government is establishing a new route for Afghan citizens - prioritising women and girls - who have been forced to flee their home or face threats of persecution from the Taliban to set up home in the UK permanently. This is in addition to existing programmes and routes already established and in operation.

This includes establishing the new Afghanistan Citizens’ Resettlement Scheme to resettle thousands of Afghan women and children under one of the most generous resettlement schemes in our country’s history. This new route is modelled on the successful Syrian Vulnerable Persons Resettlement Scheme, which resettled 20,000 Syrian refugees over a seven-year period from 2014 to 2021.

This new route is separate from, and in addition to, the existing safe and legal routes. These include:

The Government has deployed 900 troops and civilian personnel to provide protection and support to evacuating British Nationals and Afghan staff. They will provide force protection and logistical support for the relocation of British nationals as well as Afghan interpreters, staff, and their families, and more are being deployed and held at readiness if needed.

There are currently 19 FCDO staff in Kabul, including Ambassador Laurie Bristow, who alongside the UK Military, are working around the clock to support evacuations, with more than 2,000 ex-Afghan staff and their families resettled so far since 22nd June.

The Prime Minister has held talks with President Erdogan of Turkey and Sheikh Tamim bin Hamad al-Thani of Qatar, and will convene talks with G7 leaders in the week commencing 23rd August.

He has also spoken again with the UN Secretary-General to discuss the situation in Afghanistan, following the Foreign Secretary’s meeting with NATO Allies on Friday, to co-ordinate a unified approach to counter-terrorism and humanitarian aid.

The Government has announced £5 million in funding for councils such as Milton Keynes Council to support the refugees they are taking in from Afghanistan.

Following recent events in Afghanistan the British Government is establishing a new route for Afghan citizens - prioritising women and girls - who have been forced to flee their home or face threats of persecution from the Taliban to set up home in the UK permanently.

The Afghan LES (Locally Employed Staff) Housing Costs Fund will provide a top up to help councils meet the costs of renting properties for those that need it, including larger homes for families. This will help give councils the security to make a firm offer of support to take people into their communities and help them build a new life.

If you're a constituent of Milton Keynes North you can also get in touch with Ben Everitt MP by emailing ben.everitt.mp@parliament.uk.

There are two ways to help:

2. Buy products directly on Amazon via the link below, when it comes to the delivery address, choose Girl Pack: https://www.amazon.co.uk/hz/wishlist/ls/9S4WB52159D6

The packs will be provided to Afghan girls and women in emergency accommodation in MK and in neighbouring areas if donations allow.

Visit this link if you can support in anyway: https://www.gov.uk/help-refugees

Ben Everitt, the MP for Milton Keynes North, was quizzed by students and given a tour of Stantonbury School on Friday afternoon (15/10).