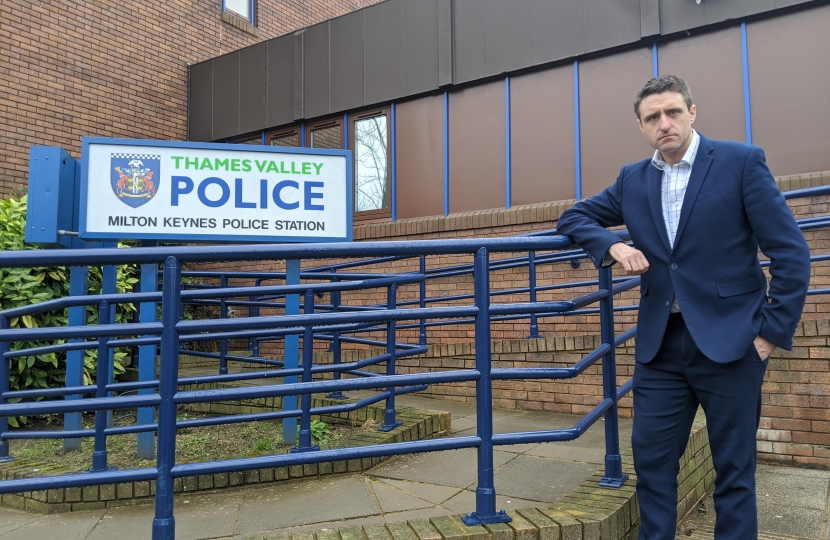 The Home Office announced the additional £115,000 for TVP which is from a £10m ring fenced pot of centrally funded money for the equipment.

Provision has also been made to support the training of taser instructors with some £150,000 being allocated.

Ben Everitt MP, the MP for Milton Keynes North, said: “This Conservative Government is getting tough on crime, with 183 new police officers initially for Thames Valley Police, rising to 600, and now funding for 140 tasers across the force.

“This will help equip specially trained police officers to make sure they keep themselves safe and the public safe as we tackle violent crime such as the rise in knife crime here in Milton Keynes.”

Deputy Police and Crime Commissioner for Thames Valley, Matthew Barber, said: “We welcome the news that the Thames Valley will receive an additional £115,500 towards funding this important equipment. Tasers will be given to specially trained frontline staff to protect themselves and others in potentially dangerous situations.

“It is vital that our officers are appropriately equipped to deal with a variety of situations in their role and this funding will help us to provide them with the best equipment to do that.

“We’re delighted to be able to equip more staff appropriately in the fight against violent crime.

Ben Everitt MP has launched a campaign to support innovative local businesses against the threat of coronavirus.